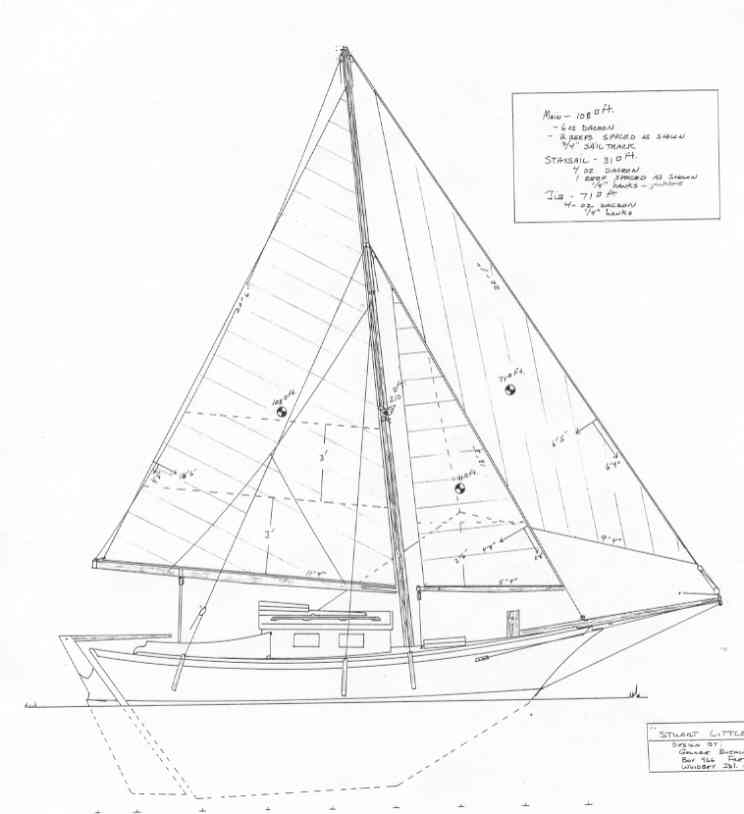 Back when I was a kid Mechanix Illustrated magazine was part of my regular reading because they always had plans for some project or another that would get a kid’s imagination going. Adults too! It was MI that first ran the plans for the Tahiti Ketch, and thousands of them were built. It seemed that boat plans were printed almost monthly; designs by people like Chapelle, Garden, Rabhl, and the like. Although I’d guess there’s many half built boats languishing in old barns across the country, lots were actually built too.

Well, when I was 11 or 12, Mechanix Illustrated ran the plans for a little hydroplane called Minimax. Little more than two sheets of plywood, this thing caught my fancy, and I talked my father into helping me build it.
We had an old Sears Roebuck 12 HP outboard, which was probably twice the power the boat needed. On my second time out, I flipped the thing. My mother suddenly had images of me being cut to bits by the prop, so within a week she had traded the hydro off to a neighbor for an 8′ sailboat.

This “El Toro” sailboat was my introduction to cruising. We lived near a very large lake, and my mother would drop me, a friend, and the boat off on Friday afternoon after school, and pick us up Sunday afternoon. We stayed “off-shore”the whole time. Summer vacation found me out in the lake for days at a time.

Anyway, it was remembrances of those days, coupled with boozy sorrow that old MI is gone and it’s “replacement” chooses to devote themselves to yuppie remodel jobs, that prompted the design for STUART LITTLE. The idea is for a simple little boat that a kid could help his, or hers, of course, Dad (and these days maybe mother) nail together over a winter. STUARTis a real boat, and a kid could cruise him without worrying the mother to much, because he’s built like a tank and would be very hard to sink. In fact, I think he’s considerably more seaworthy than a number of similar sized boats that have crossed oceans in recent years. 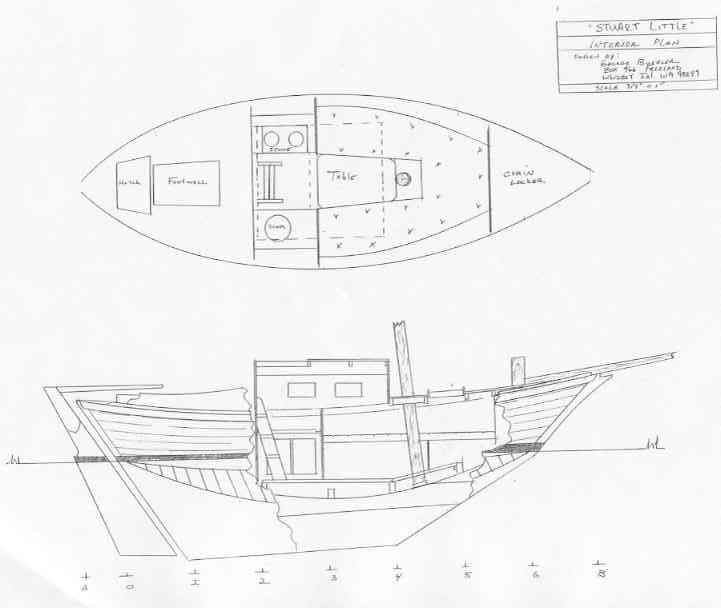 Simple interior has about 4′ 7″ headroom. You could raise the house a few inches but not much or you’ll kill the appearance.

I think a couple of kids could really have a ball with STUART here. He has enough sail to move alright, has two bunks and a little stove, and storage room to carry all sorts of things. Back when I was a kid I would have had fishing gear and a .22rifle for shooting squirrels and rabbets on shore raiding trips, although these days I suppose everybody would panic if they saw a kid with a rifle. I guess there’s to many people now days andI’m glad I grew up when I did.

Just the same. A boat like this might be just the thing to keep a kid from falling into the video game, dope, illiterate, unimaginative, and uncreative “bag” that so many of them seem to be in these days. Although some may disagree, it seemed to have worked on me, anyhow.

STUART LITTLE (and I really hope you know where the name is from, and if not, then I suggest you go to the library, ask the reference desk to find the book, and read what you should have back when you were 10) is built entirely from a lumberyard. He’s ridiculously solid. Planks are 3/4″, frames are 2x 4, keel is 6 by, and there will be a ton of concrete and metal scrap ballast to make him self-righting. You could roll him down a hill to the launch site. I can’t see the whole boat costing more than $5,000 complete (in 1980s dollars), even with a used4 HP Seagull outboard for power. 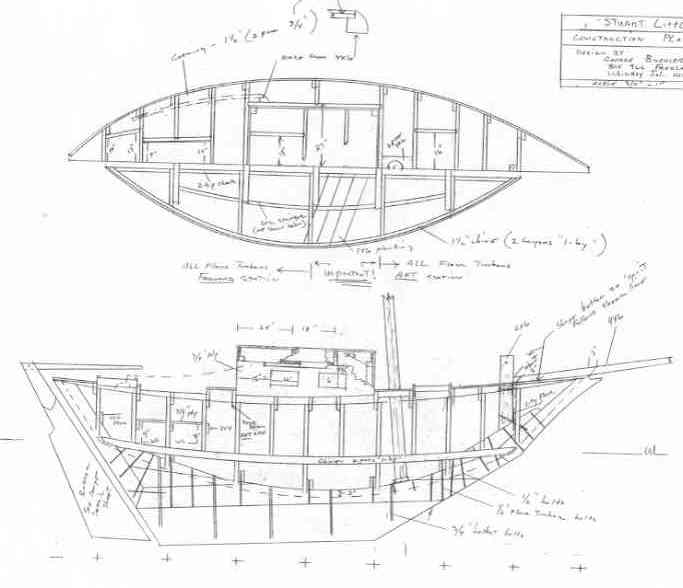 Simple and rugged single chine construction based on lumberyard stuff. She can be plywood or planked. She has a body plan similar to EMILY.

A STUART was built in what used to be Yugoslavia. I’ve always wondered if she survived the war there. I suppose like other things friendly and innocent the heroes hiding on the hillsides shooting at children and puppies below probably had to kill the little boat too. What a world….

I’ve always advertised Stuart in my literature for kids yet only adults have bought it, until finally, years after she came out, I was pleased to receive a letter from Bill Ganett, in Georgia, who said his young nephew wanted him to help build a STUART. Finally! I was beginning to wonder ifALL kids are spending their time glassy eyed in front of tee vee screens. And when that Gannett kid gets STUART in the water, I hope he’s got fishing gear, a shot gun, a pin-up magazine, and even a package of cigarettes stashed under the bunk! Here’s a tip to all kids; we used to eat Sen-Sen to hide the tobacco smell from our parents!