I read Wiley Miller’s Non Sequitur comic strip every day. I like all his characters but my favorite is Captain Eddy and his “lobsta boat” named Anoesis.

This design looks a lot like “The Captain’s” boat in that strip. At just 28′, HE (with a name like Capt. Eddy it can’t be called “she.”) is surprisingly roomy and would make a great recreation boat. That’s because she doesn’t have dedicated bunks! 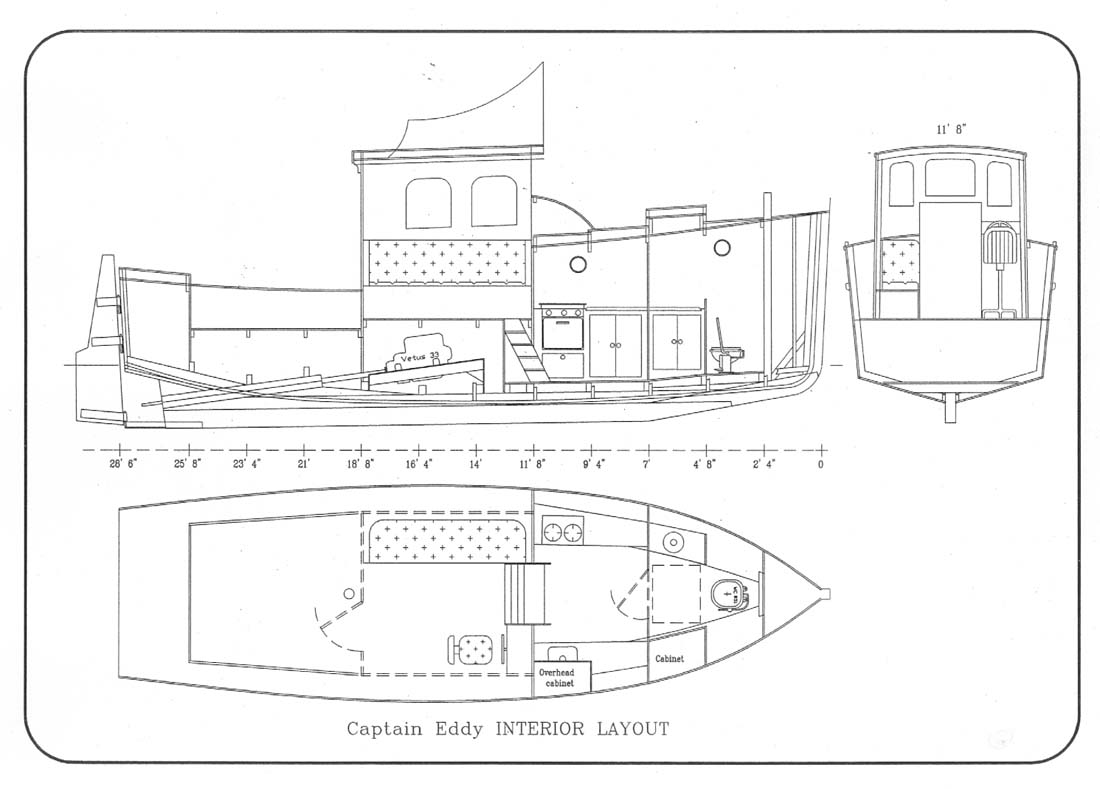 There is a “head” in the bow that is big enough for a typical westerner to function in. It even has a counter and a little sink.

The main cabin is devoted to galley! There’s serious counter space, a 2 burner stove with oven on one side and a usable sink on the other.

The pilot house has a full size couch wide enough to sleep on, with a back rest that could be made to fold up, converting into a second bunk. There’s a small table at the aft end with a folding leaf, making it just big enough for two to dine on. The thought was that this boat would mainly be used as a day recreation boat, fishing and whatnot, so there wasn’t need for real bunks. Weekend cruises are certainly possible, and once way to handle sleeping space is air mattresses in the cockpit! That would work fine, and the real galley and head would make the experience far more comfortable. 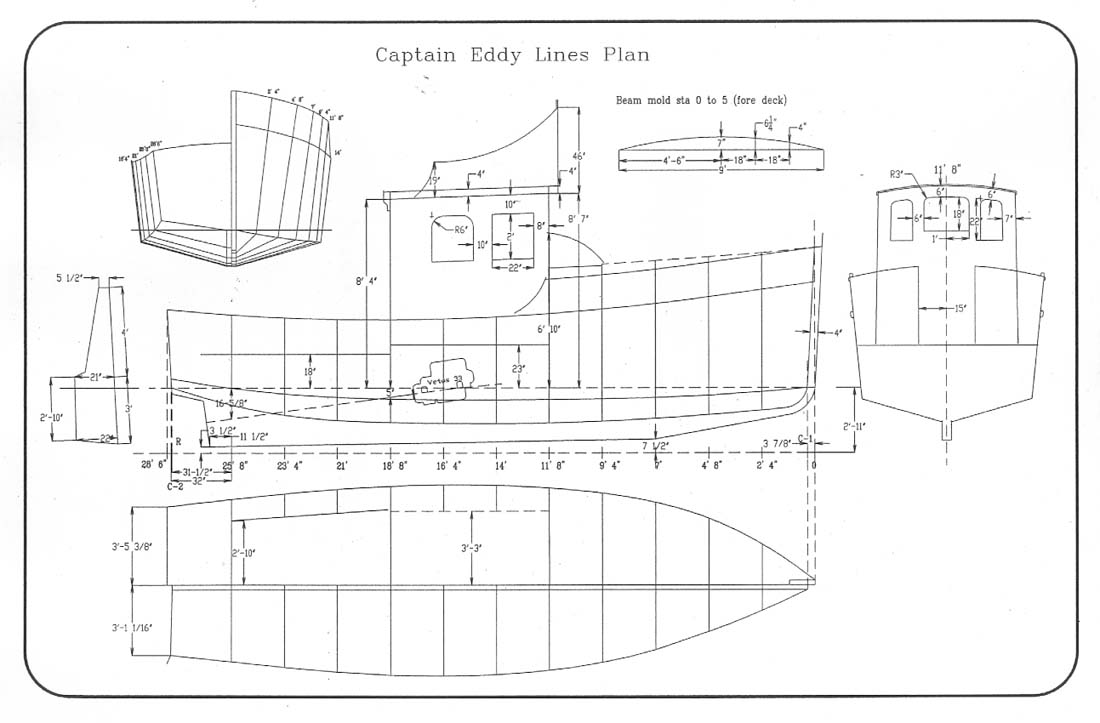 Suggested power is a diesel of 30 to 40 HP although a friend put twin 25 outboards on a boat this size, cruised the whole InlandPassage from Florida to New York, through the Erie Canal, then down the Mississippi. The outboards might be simpler!