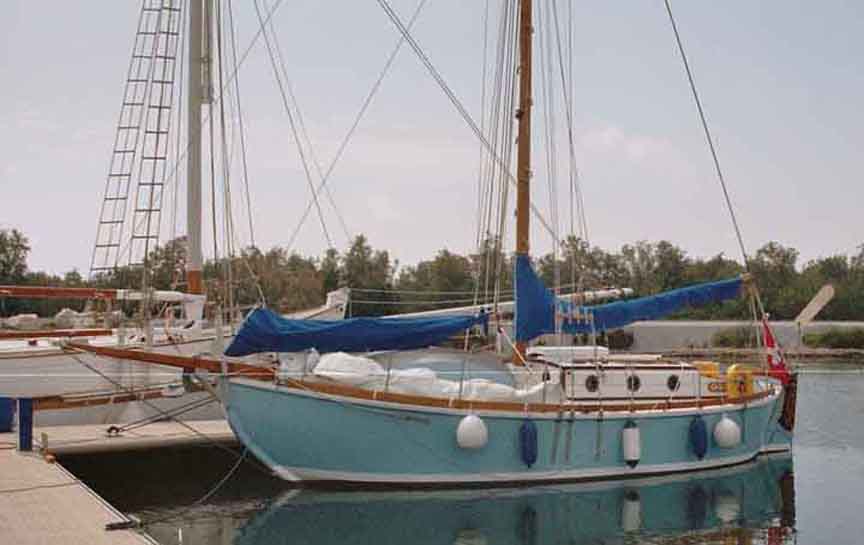 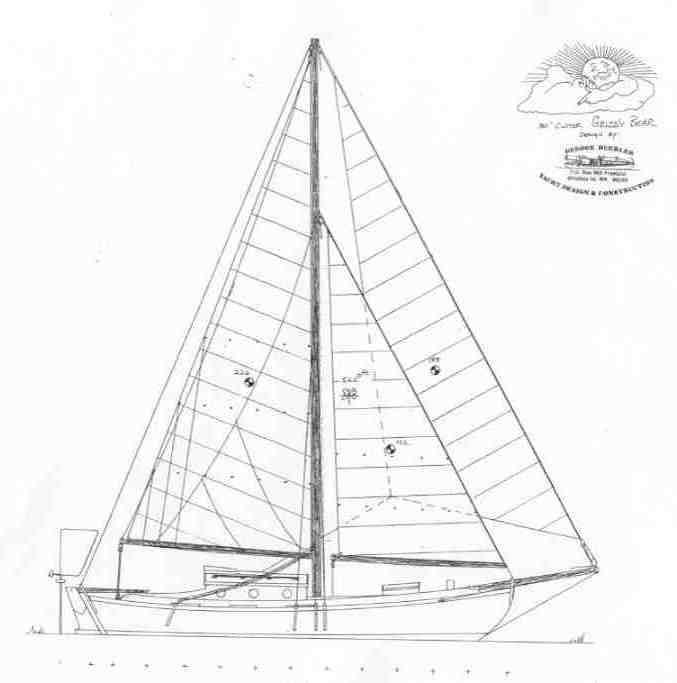 GRIZZLY BEAR is a heavy duty little ship. He is the same length as EMILY, but the GRIZ has more beam and fuller ends which make him displace80% more. The results are a lot more comfortable boat because the motion will be quieter, the load capacity greater, and there will be a bit more storage and elbow room. In stronger winds this boat will stand up far better than EMILY, but won’t be as sprightly in very light weather. He will also cost a bit more because there’s heavier scantlings, more rigging and sail and a heavier anchor system. He’s also a bigger project to build. 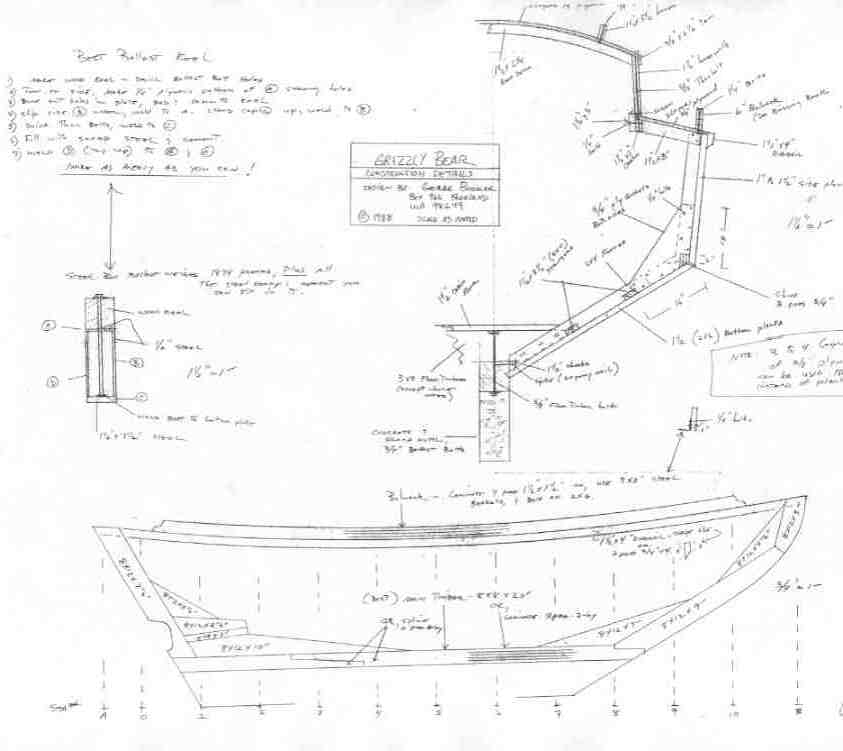 This is an old design and I’ve seen photos of a few that were built. People have used planked wood and plywood, and unlike EMILY he’s heavy enough to be built of 3/16″ steel plate. Unlike most designers I think that 1/8″ is simply to light for a boat hull. It’s hard to work and is more prone to denting and rusting through so I don’t like it, and don’t recommend it be used on hulls.

As usual with my designs, the interior shows a comfortable set-up for two people for extended use. If you want to change the interior feel free. I like the short house because it means GRIZ can carry a real skiff on deck, but if you want extra bunks you might want to extend the house. It all depends on how you plan on using him and as drawn he makes a fine cruising boat for a couple, or an easy single-hander. 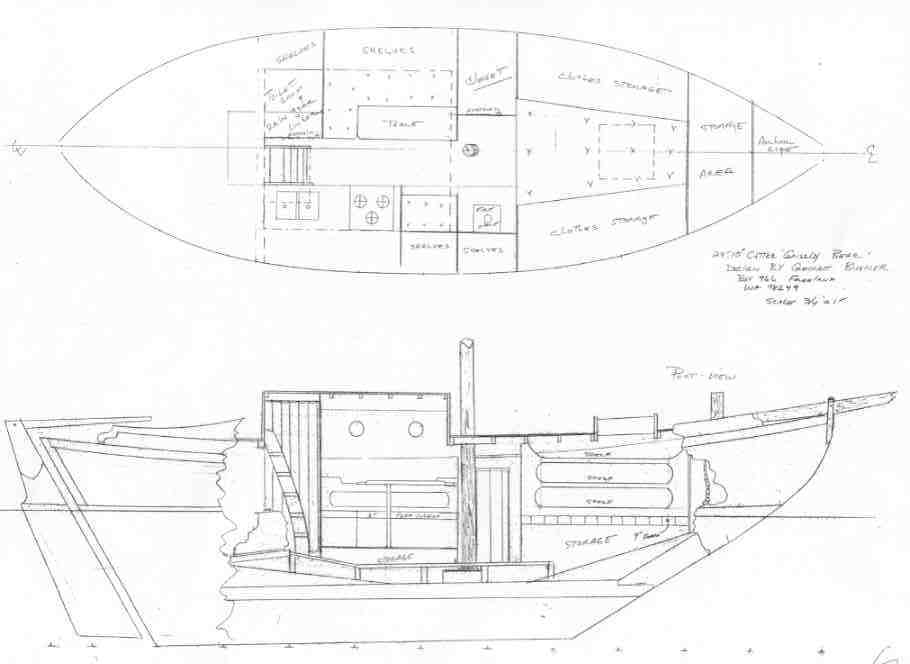 The drawings show a straight stern post which isn’t the most attractive.At the time I was more interested in pure function and ease of construction than I was appearance. I keep meaning to redraw it, but until I do it I will sketch in the curve I suggest you use if you buy the plans. This has no effect on sailing, but it needs a curved stern like is shown on JUNO.

Several of these have been built and she worked out well. The photos show a beautifully built GRIZ in Switzerland, built by a guy with my name! Buehler sorta is the same there as “Smith” is here. A lot of them. 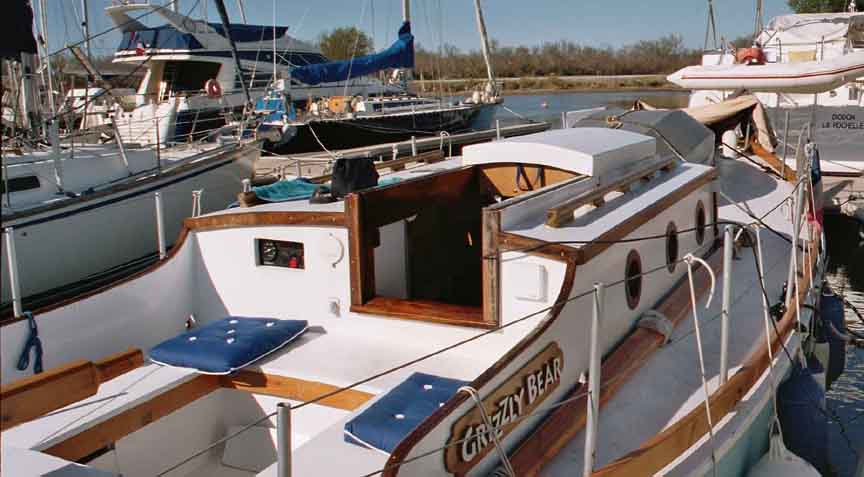