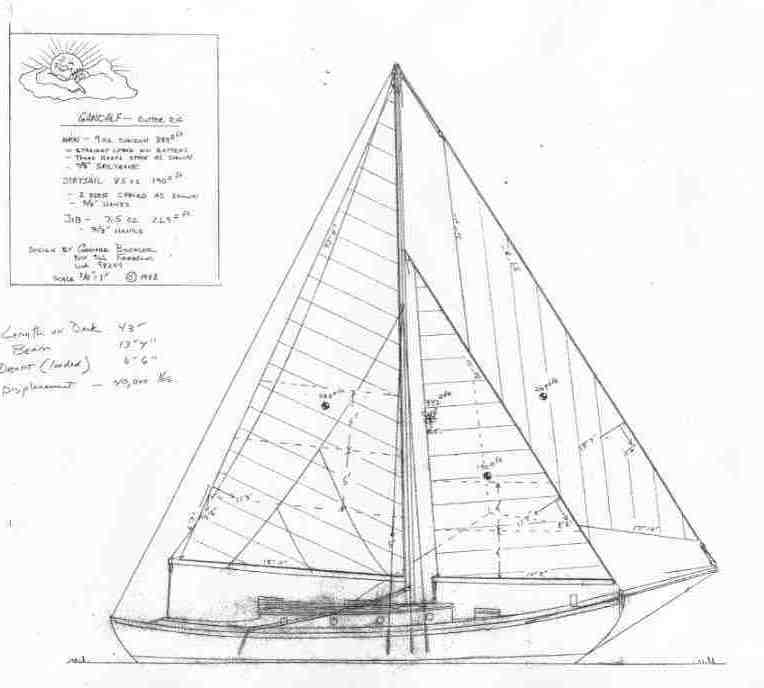 These are old hand drawings and some aren’t in the best shape. This shows her as a simple cutter

This is one of my very earliest designs and as far as I know, only one was built. But that one was beautifully built of steel down near San Francisco, and has comfortably made several trips to Mexico and Hawaii. 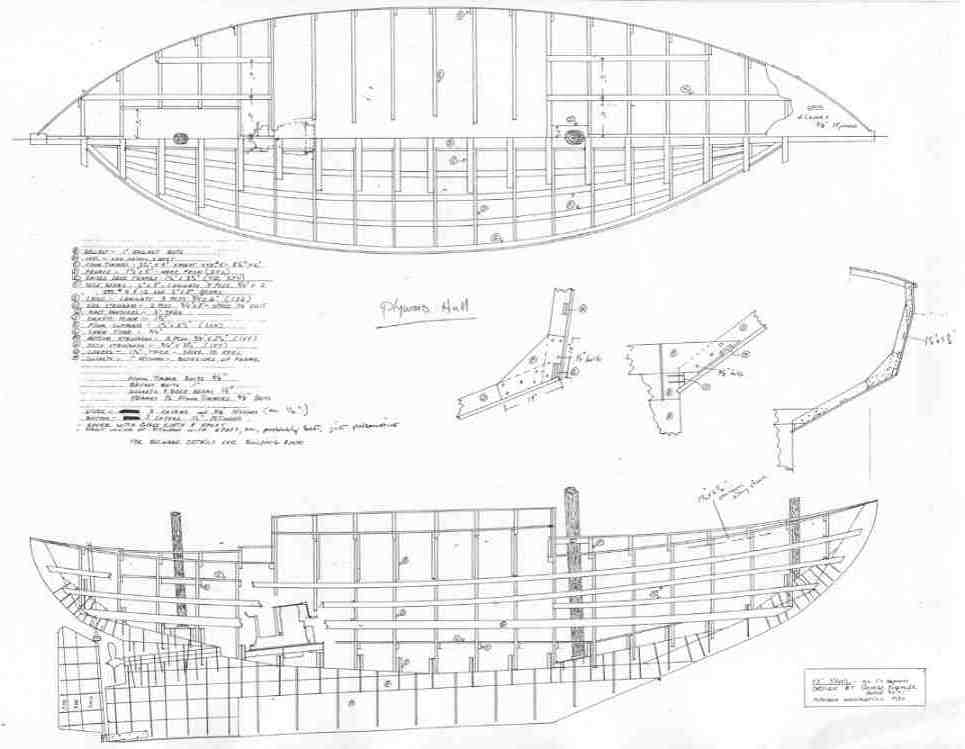 She can be planked wood or plywood….. 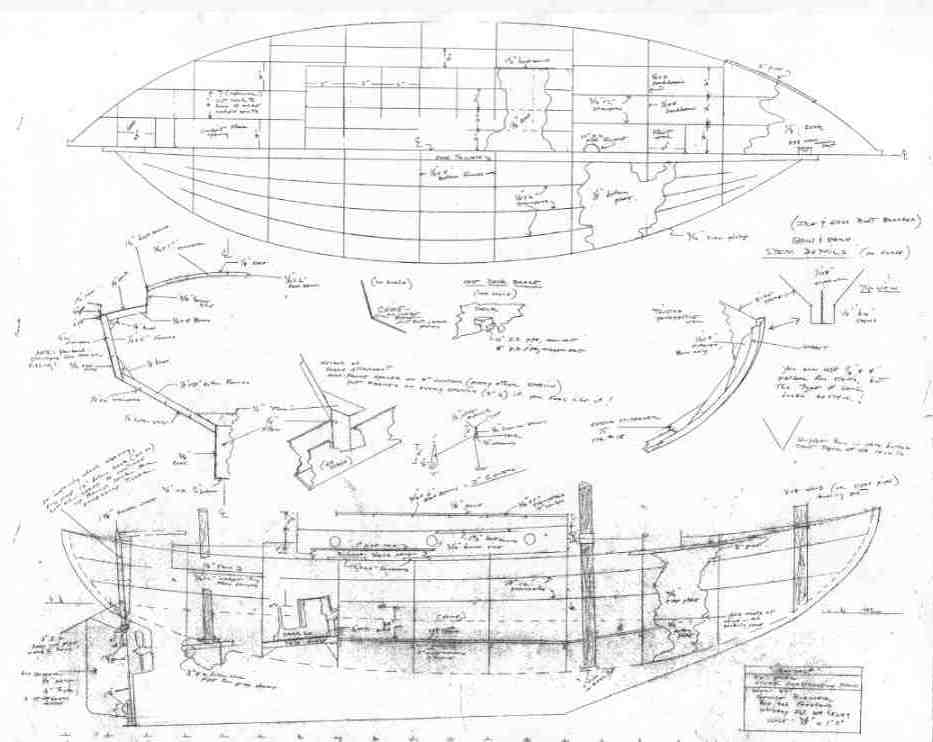 Or built of steel.

These plans are old and some of the drafting isn’t the best. It’s almost sad to compare this boat to RUARRI, similar sized, but drafted 20 years later on a computer. Obviously, the new plans are a lot “better” and more accurate. But they lack some sort of “life” that the hand drafted ones have. Oh well; it’s a new world, isn’t it….

Building plans include the views shown here; wood and steel construction, as well as raised sheer and conventional house, marconi and gaff yawl, and marconi cutter.