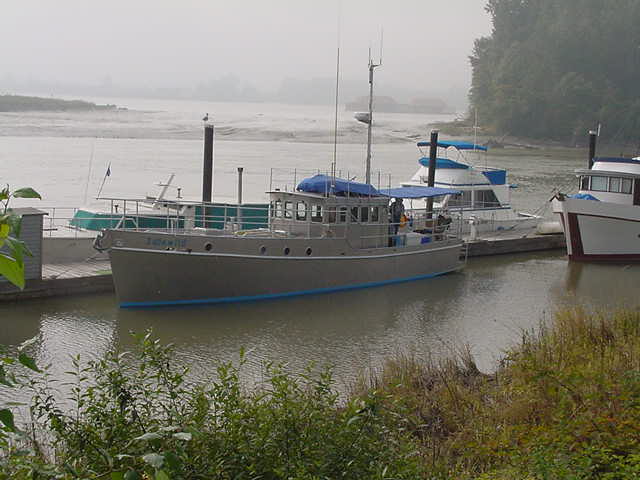 Ben and IDLEWILD Circumnavigated the earth and holds the record of the longest non-stop passage ever made in a power yacht!

Here she is in B.C. before heading to Baja and back on her shakedown cruise. 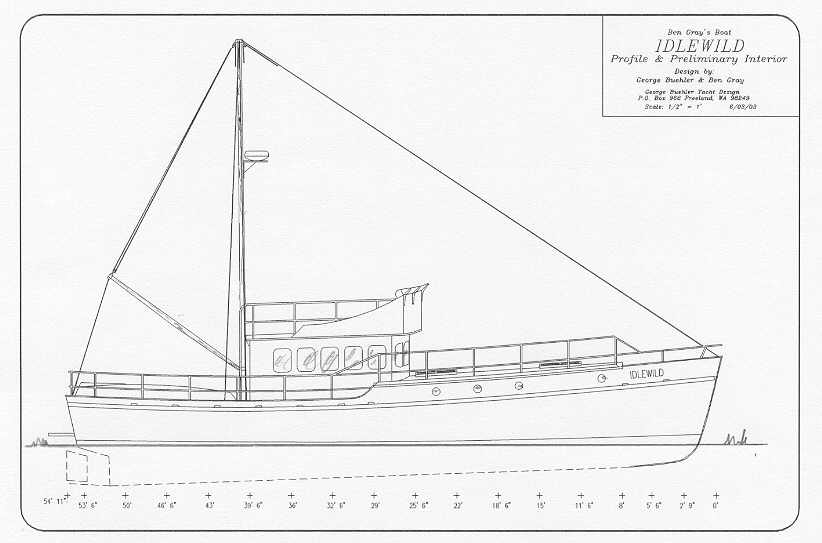 Here’s the original version. As built she has a bit taller house (a good change),
no fly bridge, and a “step” tranny like the new DUCKS show.

This was a custom design for a guy way north in Canada who wanted a boat he could take up larger rivers, and venture out into the ocean in ice. She had to be fairly lightweight so she could be loaded on a crude trailer and portaged, but long enough to have enough WL to move and be fuel efficient, as well as be comfortable to spend time on.

She started off as a steel boat but then the guy decided he wanted aluminum, which made sense because of the weight savings. Personally,I think plywood is better because it’s considerably cheaper unless you’re hiring the labor of course; aluminum is fast to work so paying for labor is a much better deal than paying for a wood builder. But plywood isn’t good for ice, even if epoxied, and since the guy was adamant about going to the ice, metal was the choice, and the photo above shows her soon after the launch. Ben says she has worked out great. She has a very comfortable motion although being narrow, she can roll in a beam sea, handles well (I was a little concerned since the rudder is on the small side), and gathers lots of attention wherever she goes. Right now (November 05) she’s in the middle of her journey around the world, which started off by crossing the NW passage if you can believe it. Check the “LINK” to Ben’s website; it’s amazing. At this writing they are probably sitting in Greenland…… 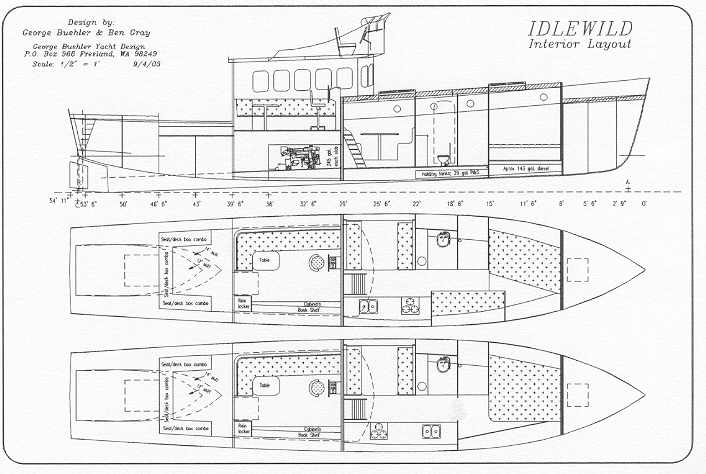 The top interior is how the guy who commissioned her wanted her set up. The lower version is how I’d do it. It’s almost the same except the bed is bigger to fit the wife and dog(s), and I put a bigger galley in.

These stepped transoms are hard to get used to but are so functional, I now like them. All the newer DUCKS seem to have this idea (hence the names-382, 462, 45-plus, etc.). Ben and the builders modified the Lines to make this and I like it. I’ll draw up an optional Lines plan showing this. What it is, of course, is instead of a swim step, the bottom continues out to what would be the end of the swim step. It takes up no more dock space but adds to the WL buoyancy as well as makes boarding easy from a skiff! On the left is my dog at the time, Duke. He died at age 4; bad heart. Hence the arrival of BUCKO (officially registered as “Regal Buck Duke’s Gift, the Bucko from Whidbey Island”) you see on the home page with the soccer ball (As the practical Brits say: “the King is dead, Long Live the King!”)

The helm and the view from the wheel 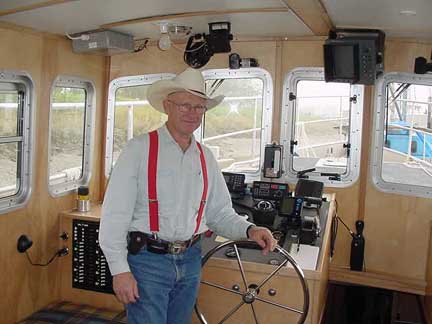 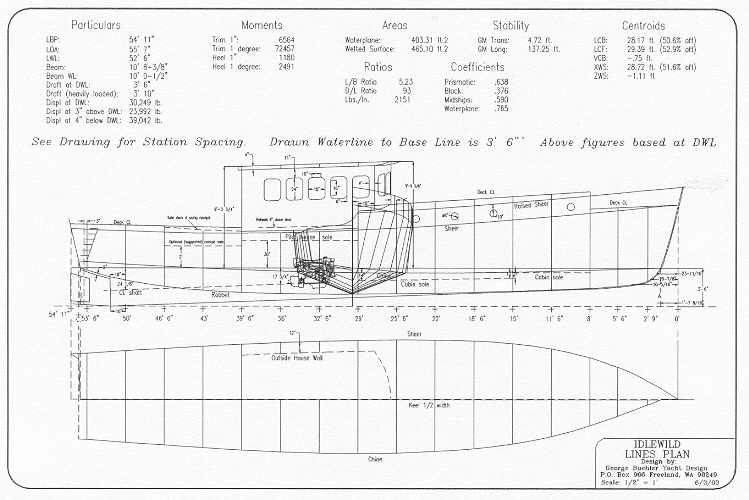 Very simple and crisp lines make her a natural for plywood or metal. 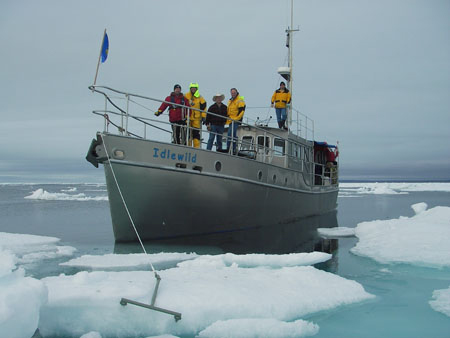 This photo of her up in the NW Passage, finally in clear ice, is from Ben’s web site.
See the “Link”to it on my “LINKS” page.