This “bird” series of designs (“Duck”, “Goose” and “Swan”) all share the idea of being about as simple and inexpensive to build as a rugged boat can be. I’ve used a very simple hull form, long waterline, straight ends, transoms instead of pointed tails, that together make assembly fast and smooth, and gives maximum “performance” for the overall length.

This hull design preliminaries were worked up for a guy in Italy. She was never built, but I always liked the hull and recently decided to finish the plans. She isn’t quite so rugged as the Ducks or as gung-ho the high latitudes cruiser EGIS, but she’s certainly a safe open water boat yet a bit more open and “breezy”inside so better suited for warmer climates. I can see her stern to the quay in Genoa, for instance, one of the prettiest towns in Italy. And for that matter, she’d make a great vacation or live aboard boat here in the NW.

The plans are under development now and will be completed as soon as I can decide on a house design. I really like the hull but for some reason I can’t decide on a house that looks reasonable, or even “swanish.” I’ve posted a couple of the versions being kicked around; if you have any ideas I’d like to see them!She’s big enough to be a pretty comfortable live-aboard although in keeping with her lighter displacement from the DUCKS. I’d like to keep her with more glass and bigger cabins. It seems she’d be a good choice for Island stuff or the Med that way. 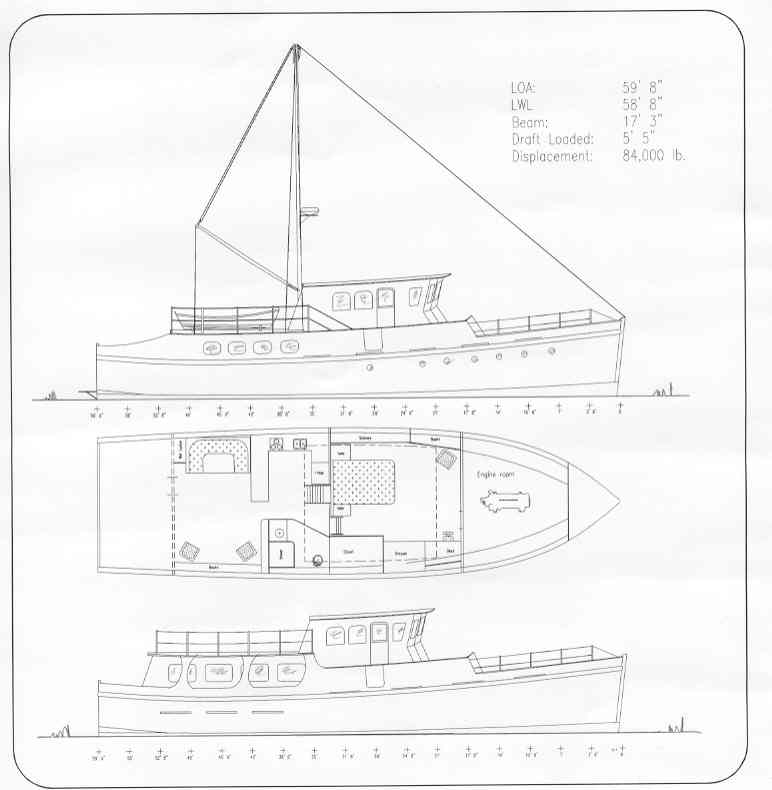 Roomy but not all that graceful….The top version would be easier to build and would feel the most spacious inside. 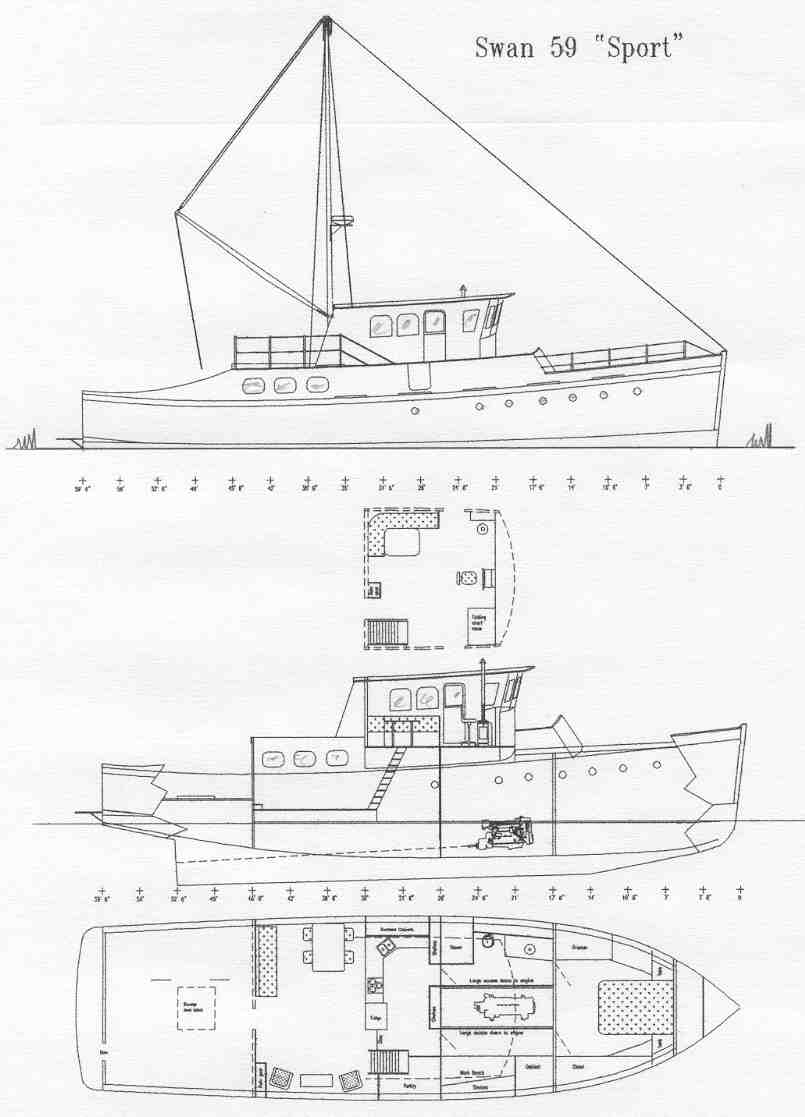 I like this one better although she sorta looks like she needs a machine gun on deck…. 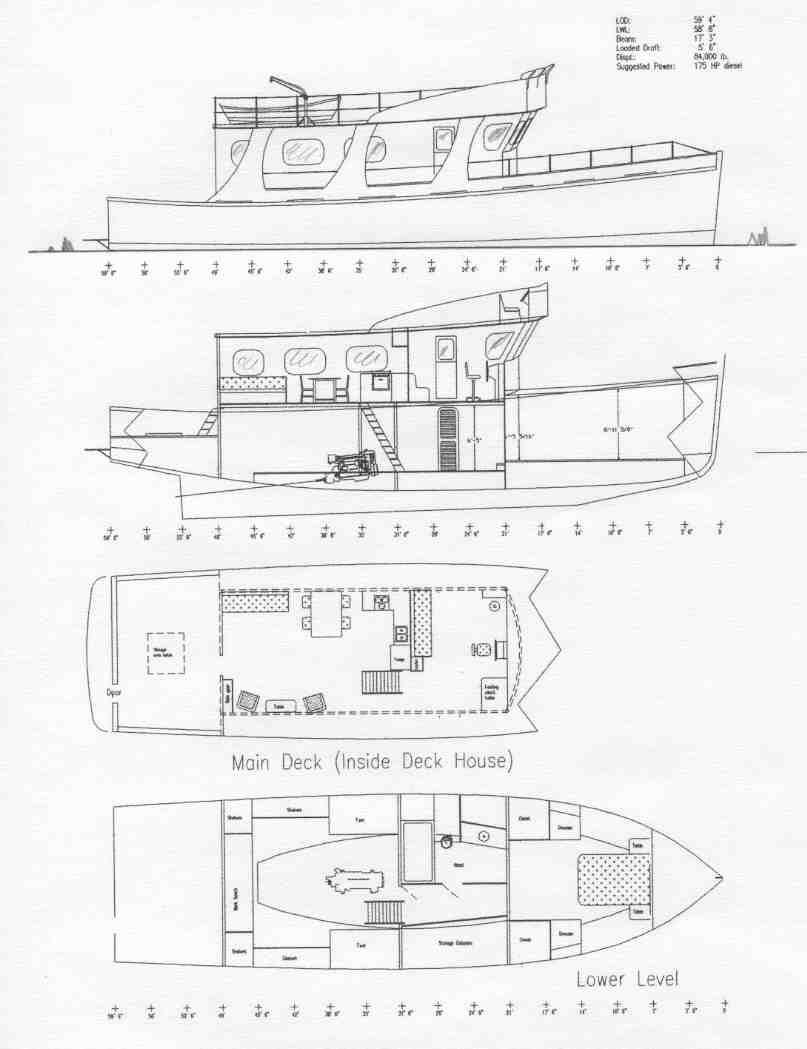 Talk about roomy but MAN is this ugly. I think it can be smoothed up though. The fly bridge sweep needs to be the other direction (up, not down) and those wing things from the roof to the sheer are really bulky. But this sure makes a comfortable live-aboard….

I think her Hull Lines are rather pretty; nice and crisp with a good sheer. But I do NOT like this big house. I’ll be doing her over when I get more time. Unless somebody wants her with this house of course. Then I’ll finish her that way and THEN I’ll do a new one!