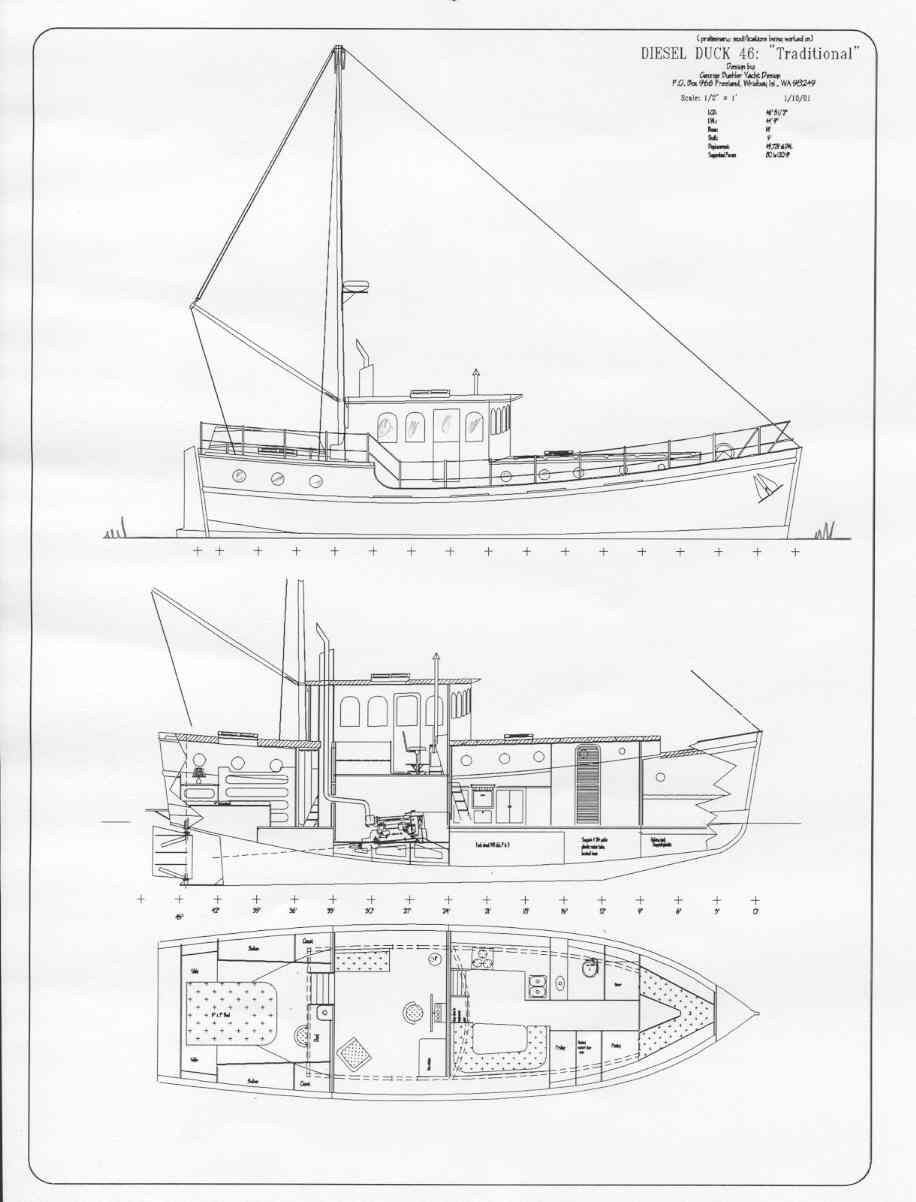 This mender of the flock (somebody else called it that and as silly as it sounds, I rather liked it I’m afraid…) is just a bit different than the others. She has a bit less rake to the transom, a bit more rake to the bow, and just a little “fuller” mid-sectional shape. This slight extra beam at the WL makes her able to pack a bit more weight for her length, although she is still a trim boat by modern standards! I like her look a lot.

Two versions are being worked up. First, of course, is the pure Diesel Duck; that simple and businesslike look at which for some reason is so appealing. This is what I’d choose if I wanted to really cruise.

The “Sport” version being worked up is certainly capable of cruising too. In this case a bit of room was robbed from the end of the owner’s stateroom to give a us a small cockpit.The owner’s bed had to be offset to allow passage from the cockpit into the owner’s cabin. But that’s no big problem, and the easy outside access and the cockpit could be appreciated. There’s a door in the transom and a swim step; a good rig for diving or serious fishing.
To go along with the “sport” concept the pilot house windows slope forward, and she was given a flying bridge. This could be done on the traditional” version too, or of course the “sport” version could have the traditional vertical pilot house, as well as no fly bridge. But I think she needs the bridge; it’s a great place to sit and watch the world go by….

Here’s the traditional version showing two different sailplans. I LIKE the idea of the Junk sail; it looks fine to me. 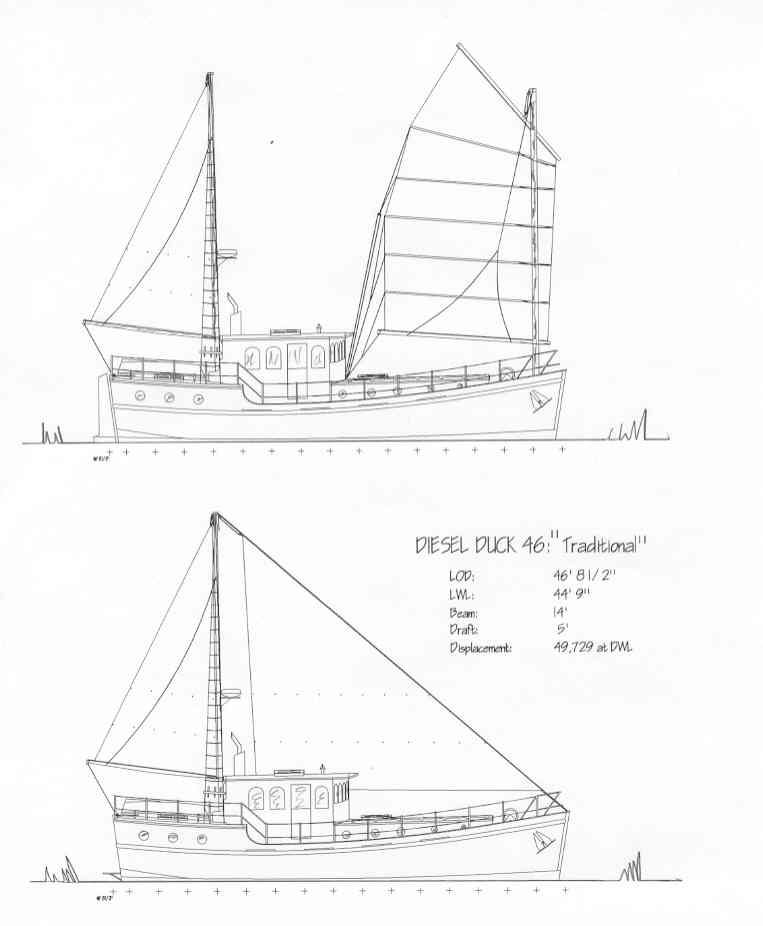