The 462 has been very successful but as usual, there were people who wanted the same idea but just a little more  space. We call this new version the “492” although frankly, now that I think about it I don’t know why because she is about 53′ overall. But that’s alright. I did the hull lines in the spring of 2014 and then Lily, the naval architect working with Seahorse, and Bill, who with his wife owns Seahorse, worked with several potential owners and did the interior and sailplan. Lily did the drawings below. She is far better at CAD stuff than I am…. Like the 462 and 382 Seahorse has developed, this design is proprietary for them so plans aren’t sold for it. You’ll have to order a new one from Seahorse if you want to own her! 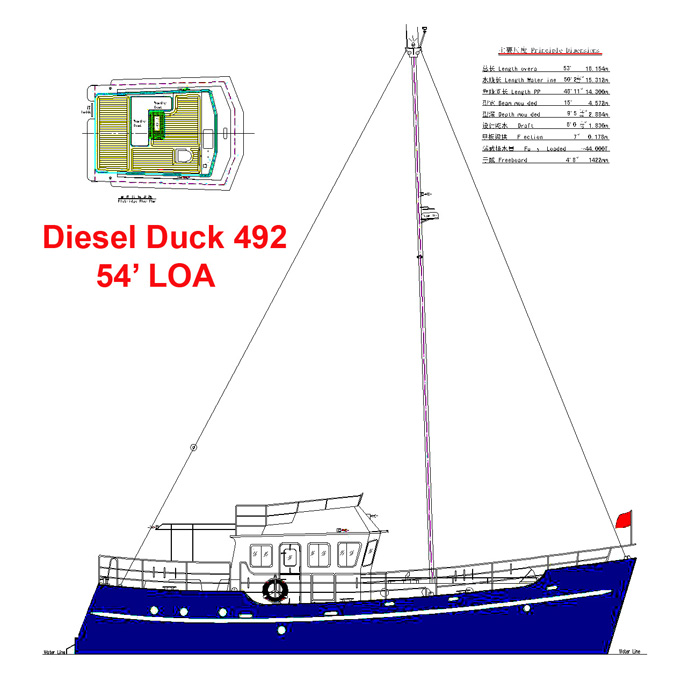 This rig being developed by Seahorse shows a very large sailplan option.. 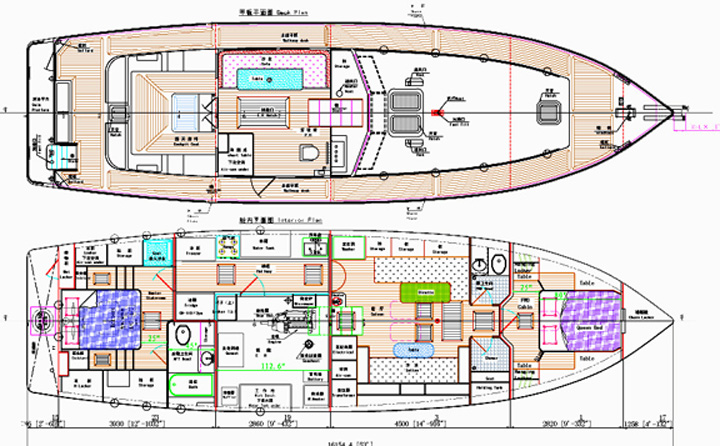 Back to Seahorse Ducks