It’s good to see a ship actually being built because it gives you a good idea of the yard’s craftsmanship. When things look neat DURING construction you can have a good idea that things are being done correctly. So if you’re examining a boat, look UNDERNEATH and behind things. If the stuff out of sight is properly done the odds are good the rest of the ship is too. Bad work is easily hid! After all, as we used to say in a yacht building place I worked in many years ago; “putty and paint is what we poor carpenters ain’t!” Of course in that case there were very few unskilled carpenters besides me and a few others desperately trying to learn “the game” at this yard. We, and I include myself in that “we” with a great deal of awareness of what a small part I played (hey floor sweeping is important too!) but just the same WE built a double planked teak deck 110′ sailing schooner in around 6 months. Those Maine wood shipbuilding guys were incredible craftsmen. Here’s some more random shots of the new 41-Plus construction. We expect to see her complete and hitting the water soon! 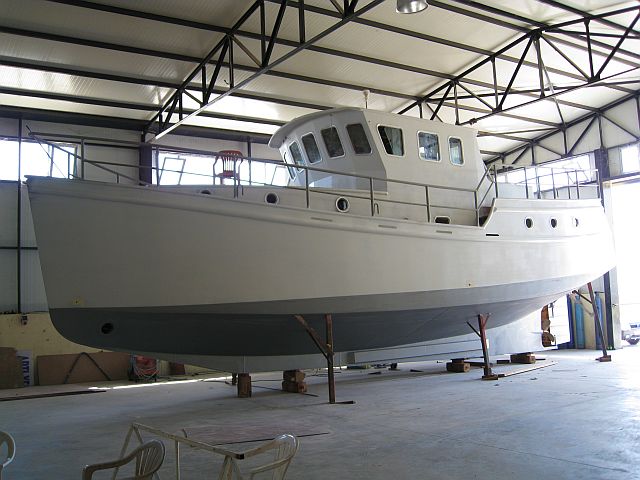 The photos below and the next few pages were taken by me October, 2008. You’ll see a few duplications of views shown earlier probably but that’s OK. They’re good shots!

On to Next Page

Back to Beginning of the Photo Series