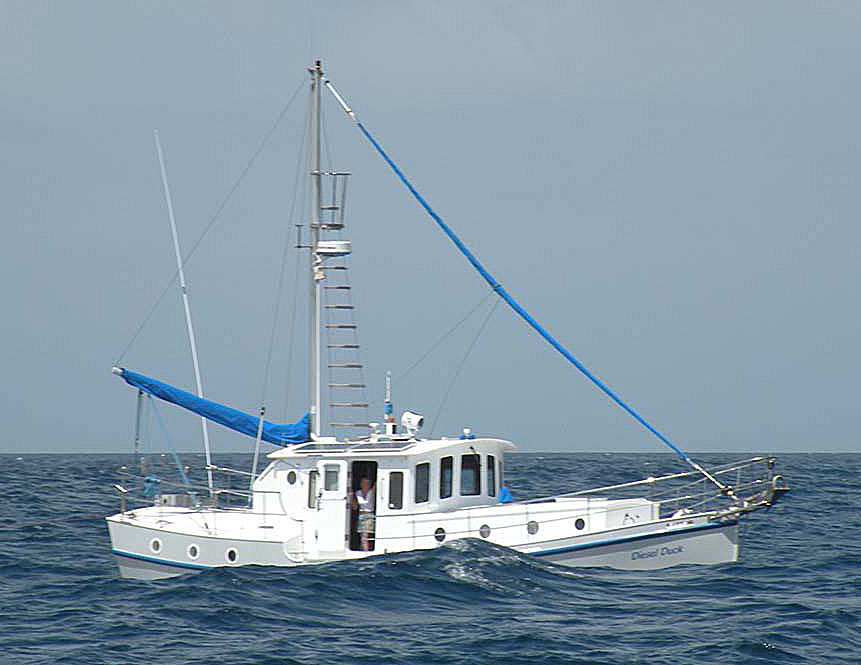 Cruise Report from The High Seas!

2/19/09 Marlene & Benno sent this email via Satellite (what a world!) in the original 41 as they were approaching Cape Horn. Note the well dressed German Yatchswoman at the door! Photos of the interior these folks built themselves posted here.

April 2013, a Seahorse 462 DUCK “Duckin A”, owned by David King, was headed to SF from Ensenada, Mexico. Here is the report Jeff Appel sent about the trip. David is a retired ship captain, and Jeff is an experienced cruising powerboat owner who also owns a 462. Off Pt. Sur, just south of Monterey, there were only two boats out there; David, and an 80 tugboat which was swamped and sunk.

The 1300 mile trip was terrible! 17-20 foot breaking very steep short interval head seas with 30-40 knots of wind, down to 3 SOG knots at times. We were two days late to the boat show. We used bouyweather.com for our forecasts. Never again, they were completely wrong. The weather deteriorated very quickly. We could not head to a safe harbor (east) to wait the weather out because it would have meant exposing the boat broadside to these breaking swell for a long period of time. It was either head into them (north) or run with them (south). That is the bad news. The good news is that the boat handled it with no problems. Imagine waves constantly breaking against the bow and on the salon roof and slamming against the pilothouse windows. The boat would go up the steep swells after shrugging off the last breaking swell and drop off of the back side with the bow down and then have another wave immediately break over the bow again. I am completely satisfied the boat can handle most anything. I am glad the flush deck Duck design does not have the deep side decks and deep cockpit of the sedan style cruiser I used to own. That could have been a major problem with the breaking swells.

But First, do a Good Deed! Click The Animal Rescue Site and a dog gets a meal.
It’s free! Do it every day! 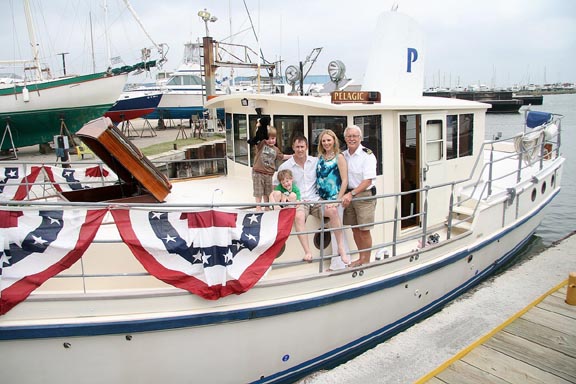 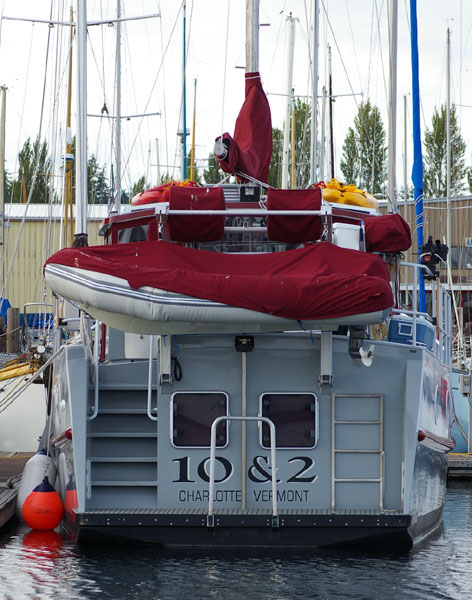 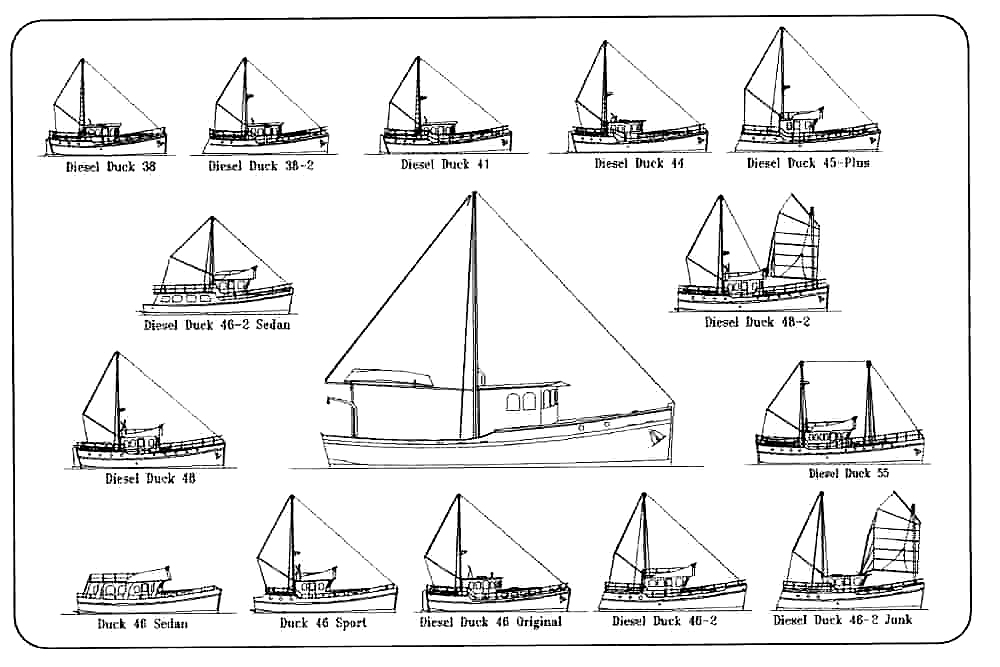 The DIESEL DUCK family is steadily growing. In the middle is the 48 DUCK showing her as she’d be if built to their roots; a Pacific Northwest Salmon Troller. She’s surrounded by a few of her cruising relatives, ANY which could be stripped down for fishin’ if it was a different day and age…. They all share that wonderful tradition of fuel efficiency and seaworthiness. Read The Troller Yacht Book for more about that! 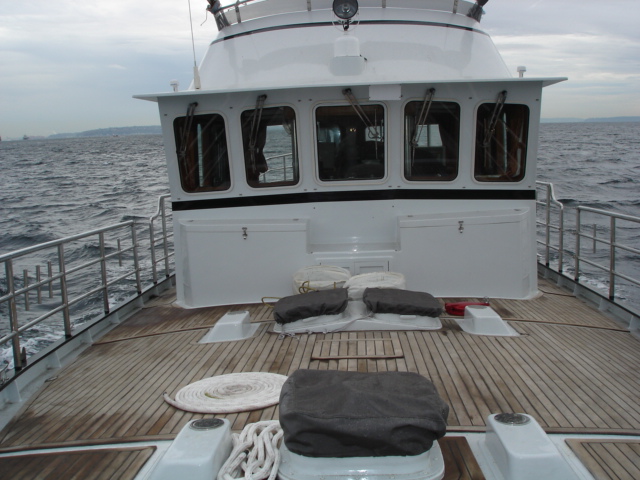 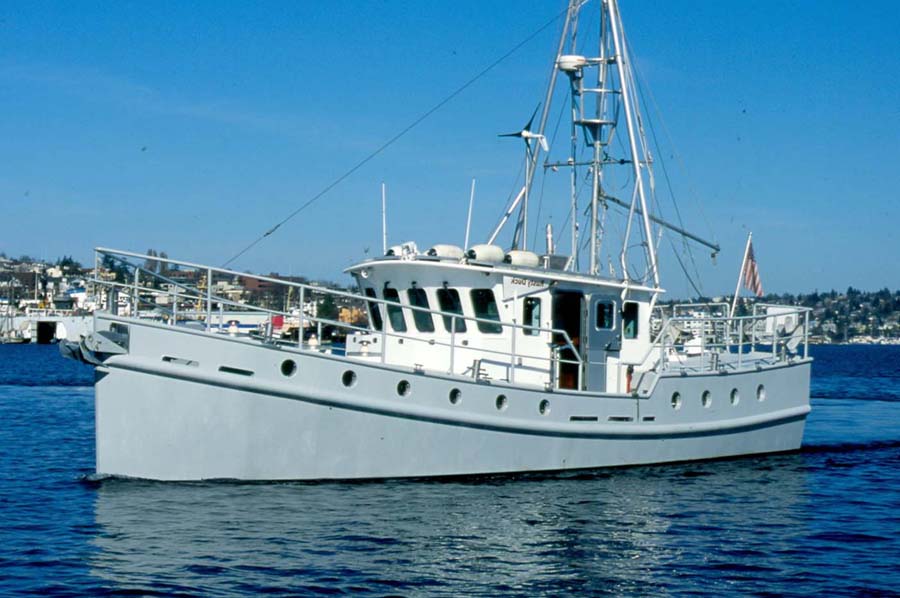 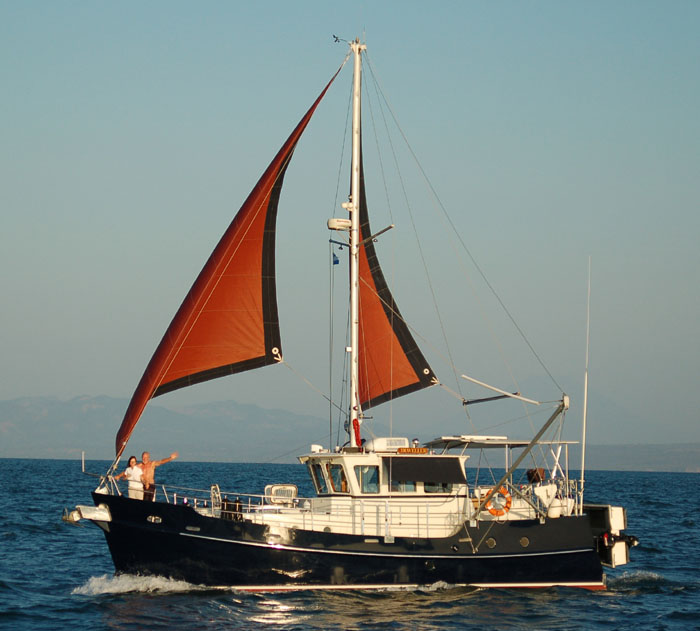 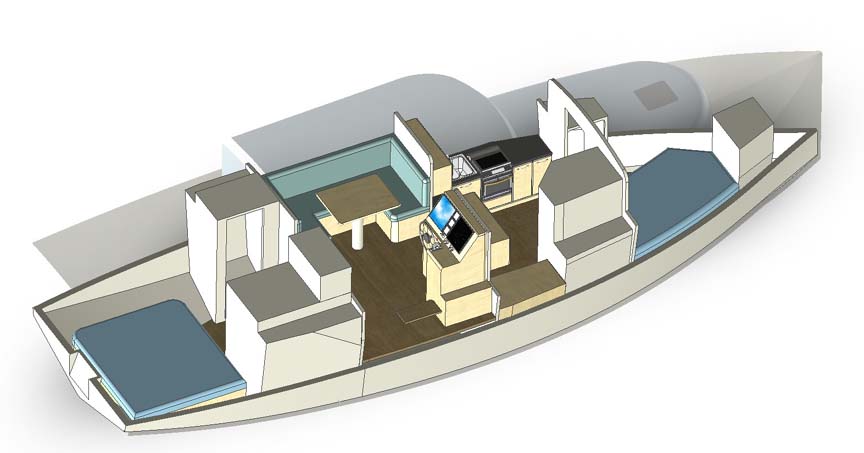 Venturelli Yachts in Italy is working up a special 44 DUCK Italiano! Click HERE to see more of what is being developed. 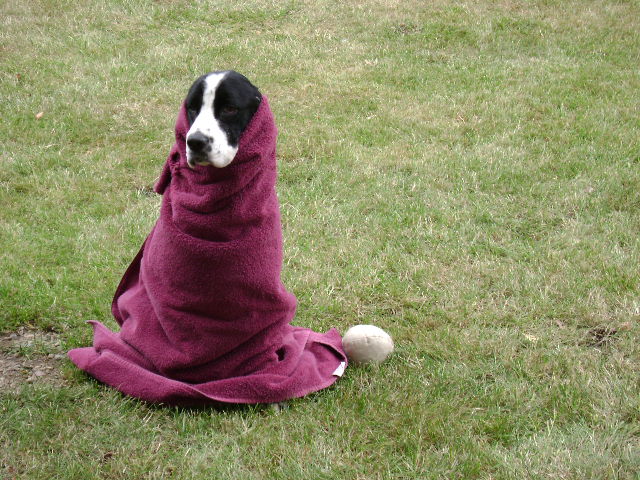 The indignities Gail puts my dog through….. 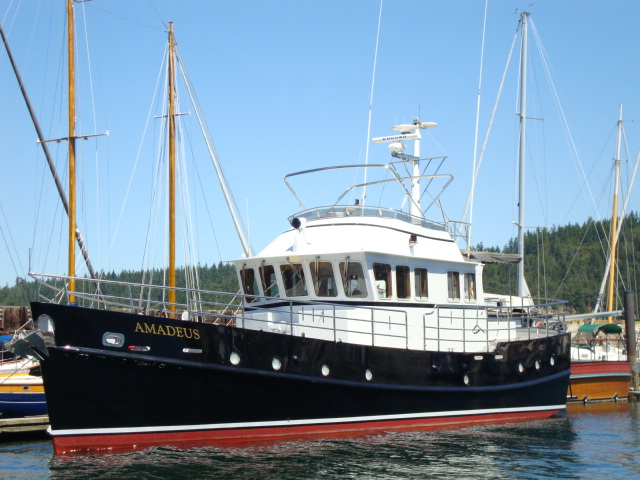 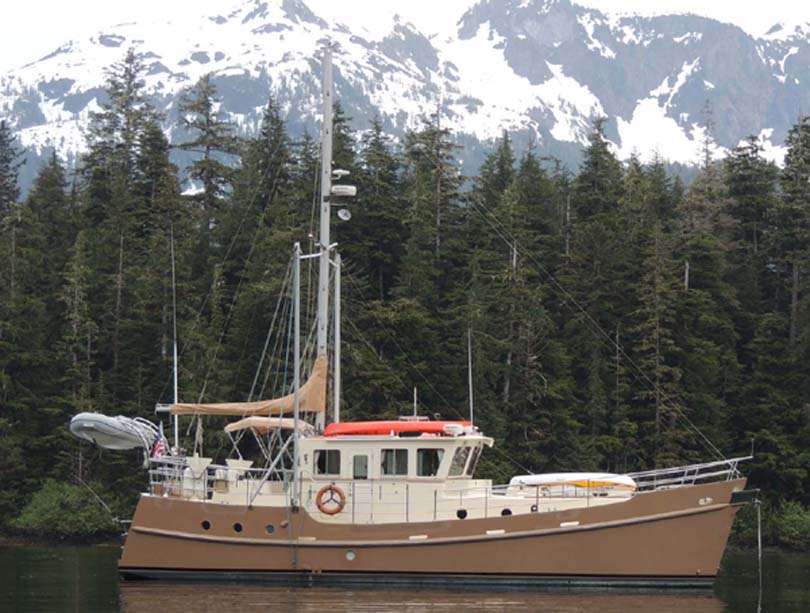