The DUCKS are a pretty specialized idea. Oh they work fine for day and vacation use of course. In fact some people love simply owning a ship like this even if they know damned well they’ll never do serious passage making.

But there were people who liked the concept of the easily driven and seaworthy hull, but wanted a larger cabin and more glass. They wanted a boat offshore capable but not so, well, damned “gungho” is the only way to put it.

I’m pretty rigid in my ideas. I tried to come up with a sedan and below is what I got. I took the 462 hull but gave her a normal stern, which made her 49′ on deck. Personally, I like this look. It isn’t the straight DUCK but it is shippy and seaman like looking and I suspect would take about as much water as the straight DUCK would. But if doesn’t give the airy interior folks want in a sedan type. 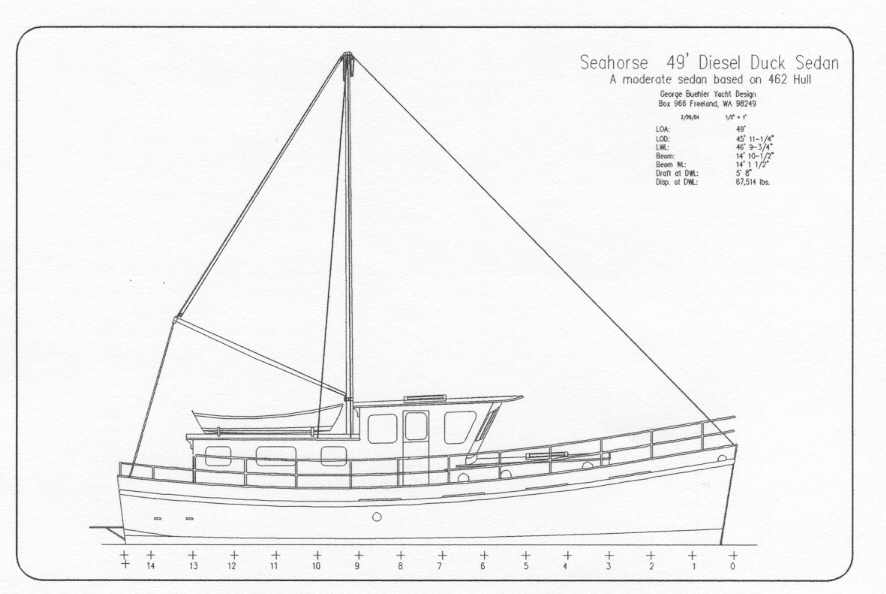 I couldn’t figure out an interior either so said the hell with it and quit. But this is just the sort of thing Bill likes; taking a design and playing with it and making it into something that he would like to own. The photo below is how she turned out. This by the way is the first Sedan, launched November, 2007. That mast sticking up belongs to a sailboat rafted next to her. 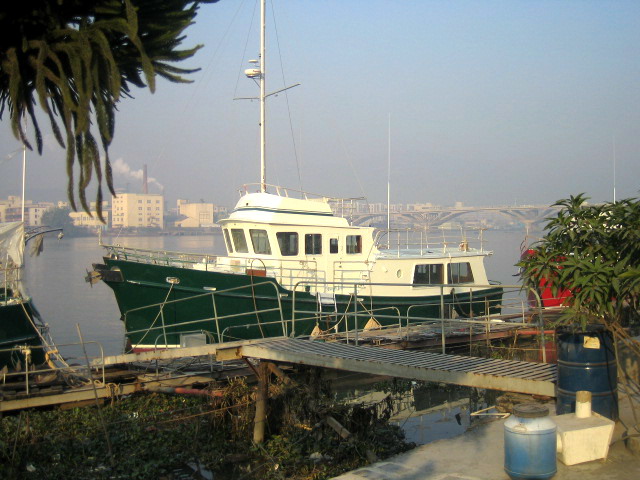 The interior is huge and very comfortable, with two “lower deck” options 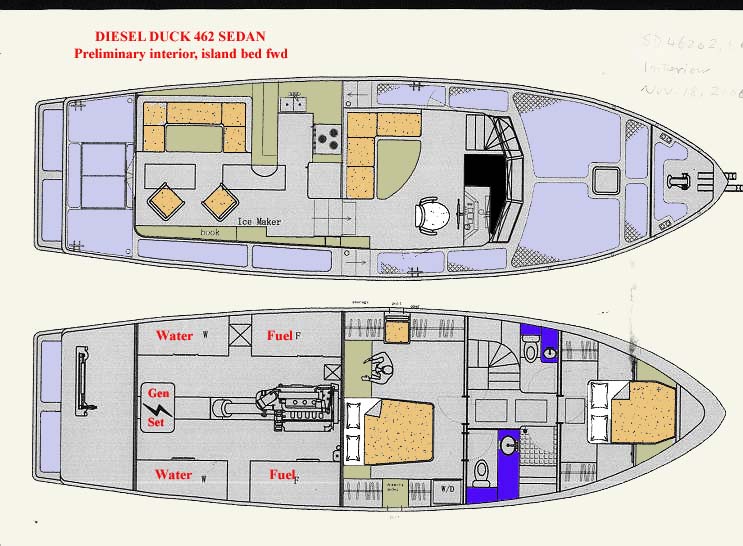 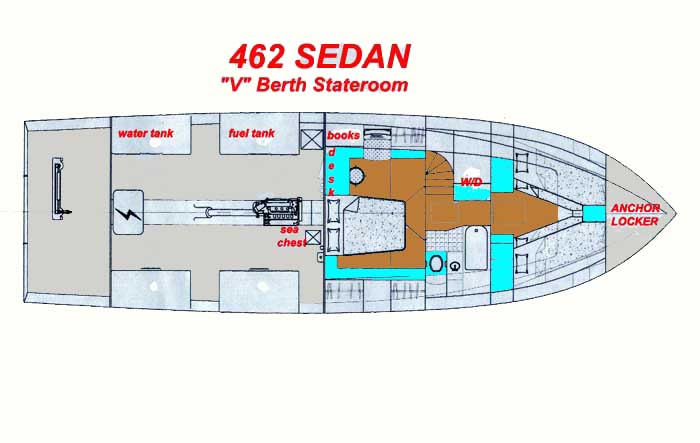 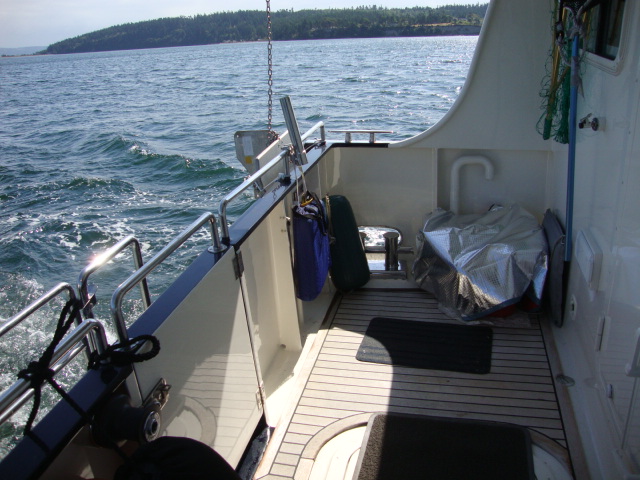 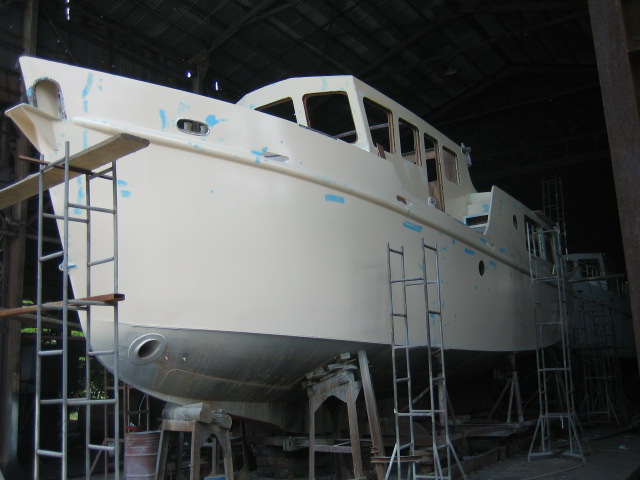 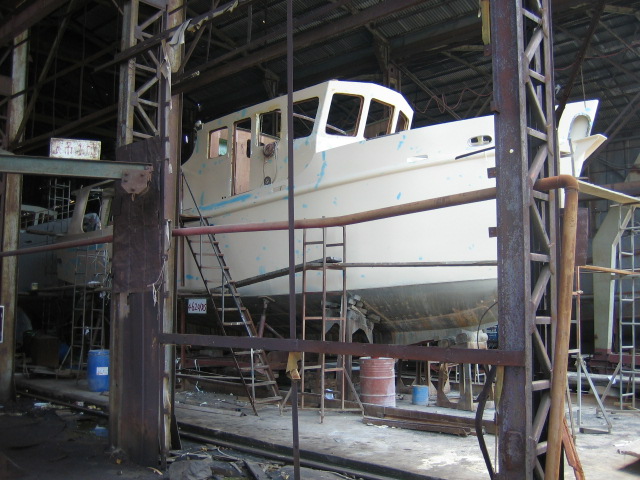 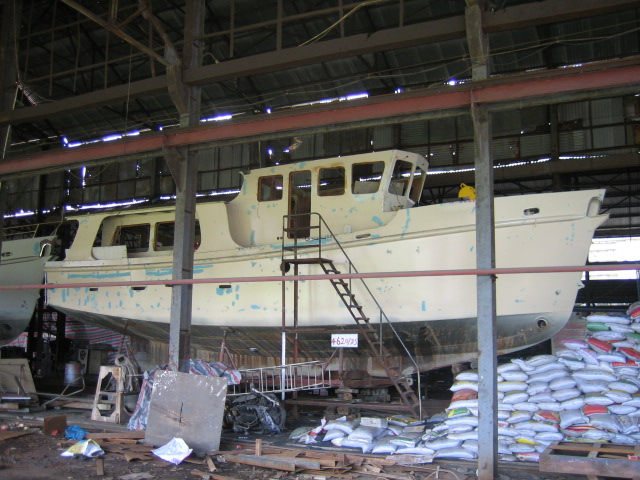 I didn’t even think about it and would dismiss the idea when asked but Bill worked up a sailing rig, and it works! They’ve discovered they can reduce fuel usage a good 25% at 7 knots in a moderate wind. With today’s fuel prices that is worth considering and, if you use the boat much, could pay for the rig. This experience has helped me too. I’ve learned to not be quite so rigid in my thinking…… Maybe. 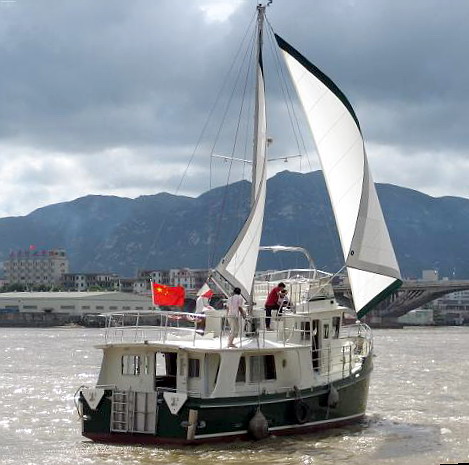 Back to Start of Seahorse Ducks