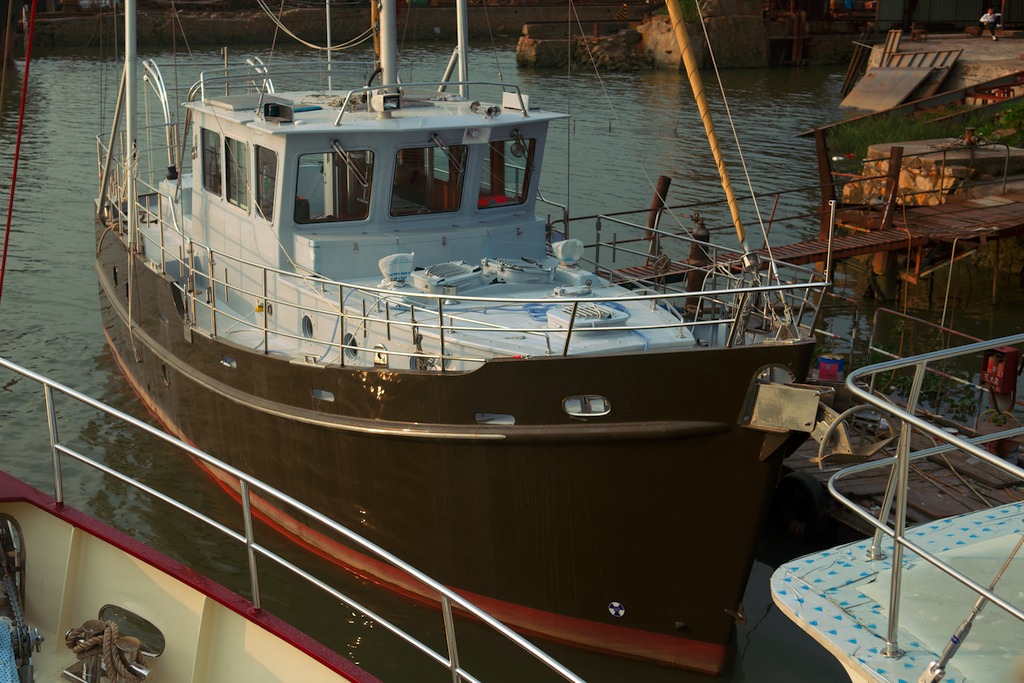 This little ship is rapidly becoming one of my favorites. She’s sort of an Evolution version of the original 38, but a but more so in that she really is a new design, beamier and with considerable more refinements. I don’t sell the plans; she’s only available as a finished semi-custom production boat from Seahorse. That’s because they had a great deal of input in the design. She’s another example of a good idea becoming better when several people who all like the concept participate…..She will make a fine cruising boat for a couple or a single hander, able to go pretty much wherever you want, and rugged enough to stay out of trouble. When we did the design there really wasn’t much if anything on the market like her. At this writing (Nov. 05) there are already three of these little ships under construction.

I’d like to say thank you for designing this boat, it really fits what I was looking for. I’m not a great sailor, I work in advertising (I produce music and ad for TV and radio) and I’ve lived most of my life in a Big City. But my uncle took me windsurfing when I was 12 and since then I’m hooked on the Sea. I spend all my free time traveling to go sailing and I’ve known for a long time it would end up on a boat. So after reading your website, I knew I had found what I was looking for: an ocean going VW BUS!!!! I followed the only thing I really trust: my instinct and went for it! I had a good “feeling” with Bill while visiting him in Zuhai so I chose him. Haven’t been disappointed up to now.

To tell you the truth, I’m not sure I’ll go back to France with the boat. The goal is to sail down through Indonesia to Australia for the first year, then Fiji and French Polynesia. I’m looking for my little paradise, really fed up with life here in Europe. Wish I had a Green Card, I’m made for a country like yours!!! I’d also love to go to British Columbia, just love the Northwest. I use to go every summer to the Columbia River for sailing, I think it’s the most beautiful region in America!!!

Well, enough with chatting, I could talk about my dream coming true for days and I don’t won’t to bother you too much. will keep you informed on my “condition” (did I sink the boat on the first reef???)
cheers
Ben
p.s: I’m thinking of giving the boat a “duck” name: “Duck Rodgers” is first on the list, followed by “Peking Duck” …

This is George now. I suggested he name it after the greatest knight there ever was, a French guy by the way, Sir Lancelot. I’d call it Sir Duk alot…… Hey, I like it, but then I also liked Mother Duck….. 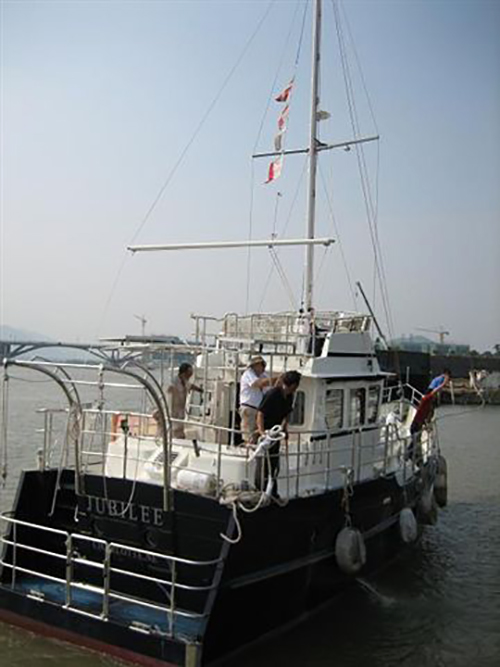