In July 05 I found a boat I had always wanted; a 1964 Thompson 17′ Sea Lancer Express. While there were a number of fine lapstrake production boats built in the 1900’s,Thompson was always considered one of the very best because of their solid construction. The fact that there are still some around proves that. The cabin models weren’t as common as the open runabouts and I always liked them the best. They’re beautiful! And, it has two bunks and a removable center section that turns it into one huge bunk. There’s even a “port-a-potti up there too. This boat would be a fine small camping cruiser and I had planned to take her up into the San Juans….

This boat was “done over” by the guy I bought it from and is in pretty good shape. It has a custom cover, folding canvas (not installed) tops and side curtains, and everything works. All the metal was even re-chromed, including the outrageous bow horn and the big running light with the flag post. And yes, that’s an original Thompson flag flying from it.

I installed a new Hummingbird depth and fish finder, got the wiring all in order, and put my 50 HP Yamaha on it. Boy, does she run great! Unlike the typical modern “deep vees,”this boat smoothly progresses from idle to full plane without standing on its head first. It will plane at low rpm too. She runs easy; at 2,000 rpm (1/2 throttle) my GPS said we were going 23 MPH. I never did open it up as the engine was brand new andI was very gently breaking it in.
I ran her about 3 hours and realized I had to sell it; she’s to damned pretty. Like a classic car, she needs to be owned bya person who wants to keep her in top shape, maybe even take her to boat shows. She’d be a huge hit at any of the wood boat shows!

I can’t do that. I need a boat I can be a bit rougher with so rather than trash her out, I’m offering her up to somebody who will give her the care and enjoyment she deserves.

She is in great shape and doesn’t leak. There are a few small cosmetic things needed to make her “perfect” but nothing major.

The boat is on a solid trailer and comes with the depth sounder, cover, folding canvas, fish rod holders, and various little hardware pieces. The engine isn’t included. Price is $3500. 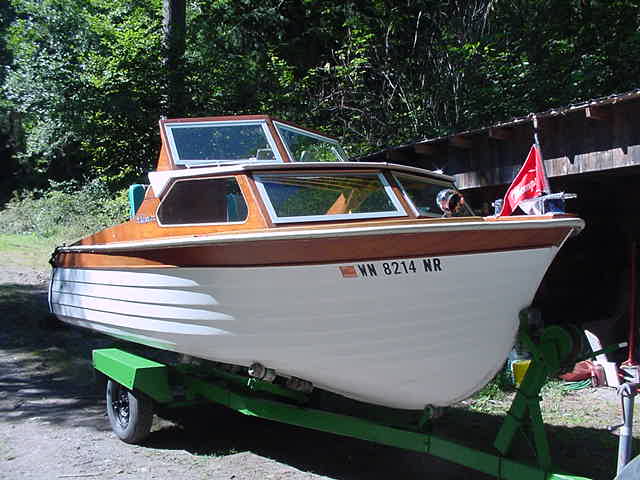 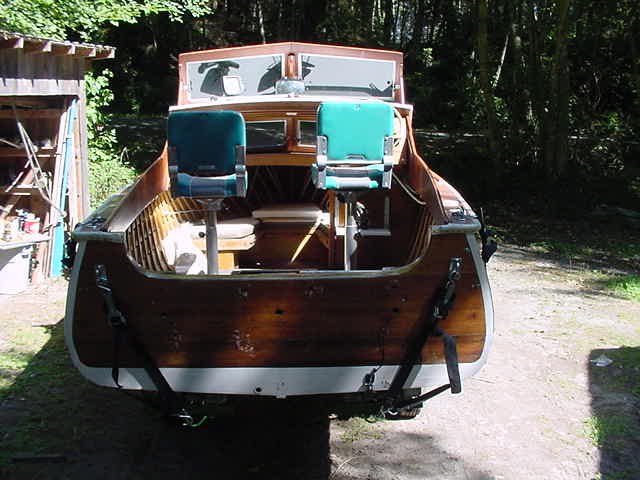 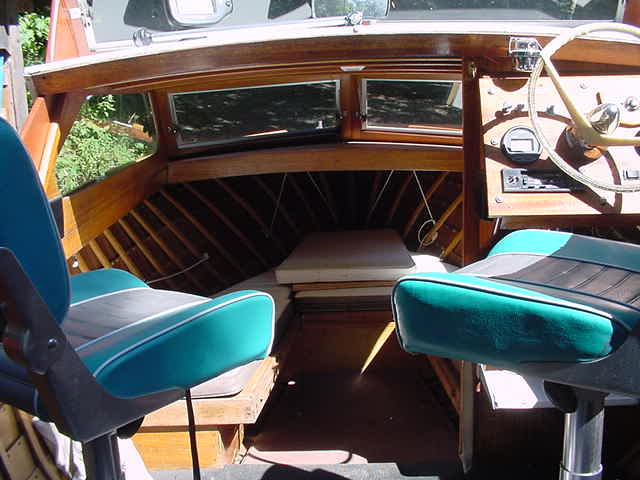 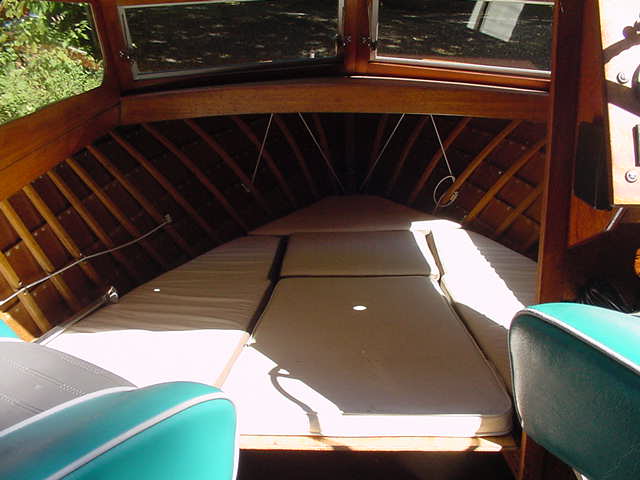 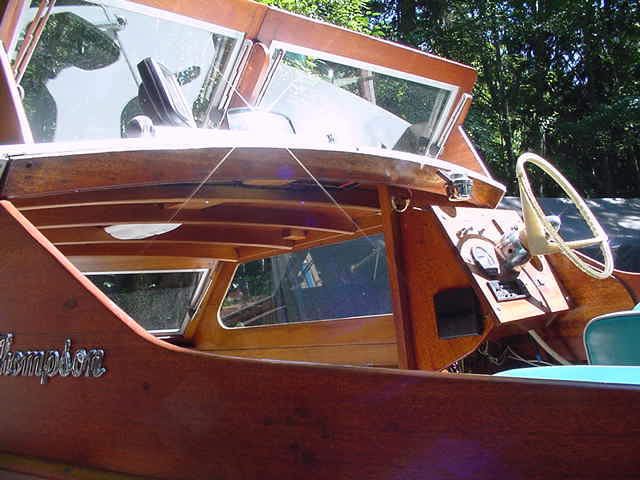