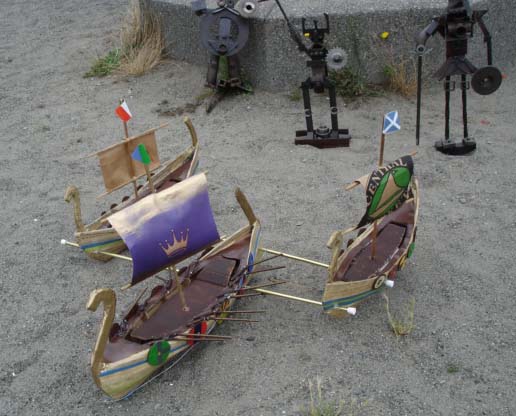 My friend Ron unfortunately died when he was just in his early 60’s. Ron was among other things, a talented artist. His wife Donna is just as creative, and she sent Ron off in the Old Way. Above are Viking metal figures made by Ron, guarding the funeral Long Ships. The large one has Ron’s ashes. The other two have ashes from Karen, and Joe, who were long time friends. Donna made the boats and organized the whole service. 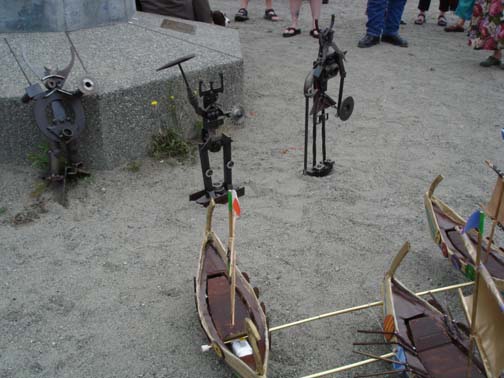 The final blessing of the ships is led off by the metal figures, with the humans in the background. 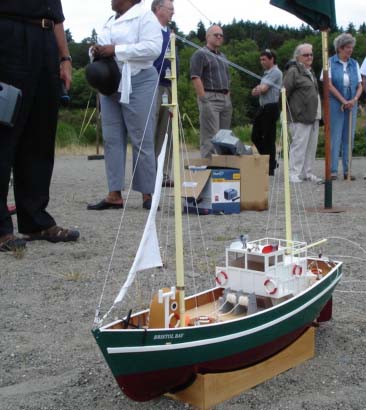 The radio controlled Norwegian Trawler will tow the funeral pyre to sea.