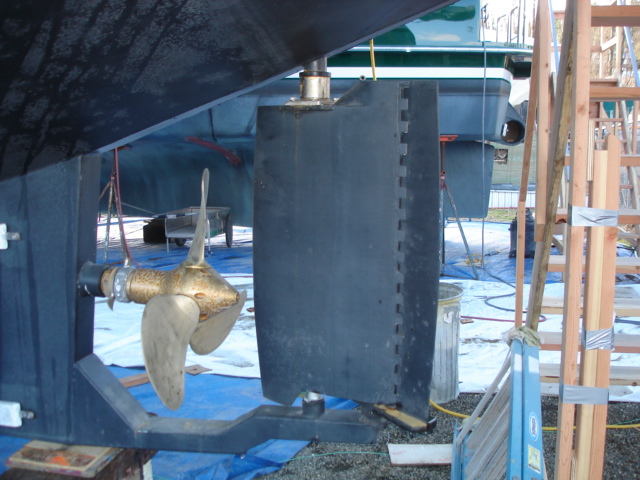 Ross Anderson didn’t install a bow thruster in his 45-Plus DUCK. Instead, he went for the “Articulated Rudder” shown here. Ross can cut donuts with the boat, bringing it into very tight situations without problems. Of course he also knows what he’s doing but just the same, this rudder idea greatly helps close quarters handling. 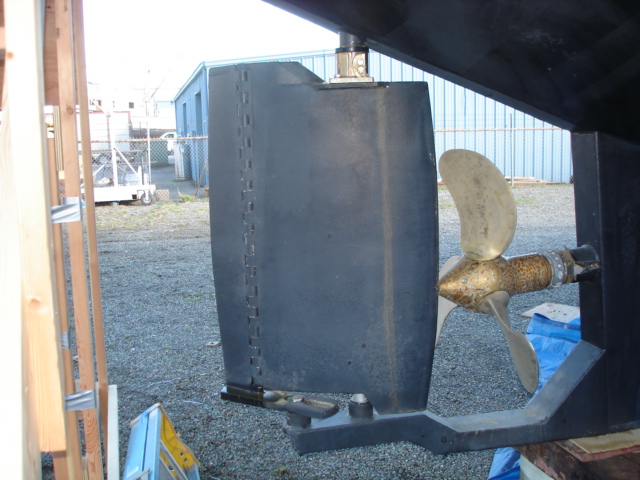 Chines Junks used to cut diamond shaped slots in the rudder. The idea was the water could pass through the rudder and set up some sort of extra currents which helped turn the ship. Or maybe it was to relieve pressure on the rudder? I think it was to help steer. I’ve always wanted to try the cut-outs but so far have always chickened out. Maybe one of you will do it and let us all know how it works!