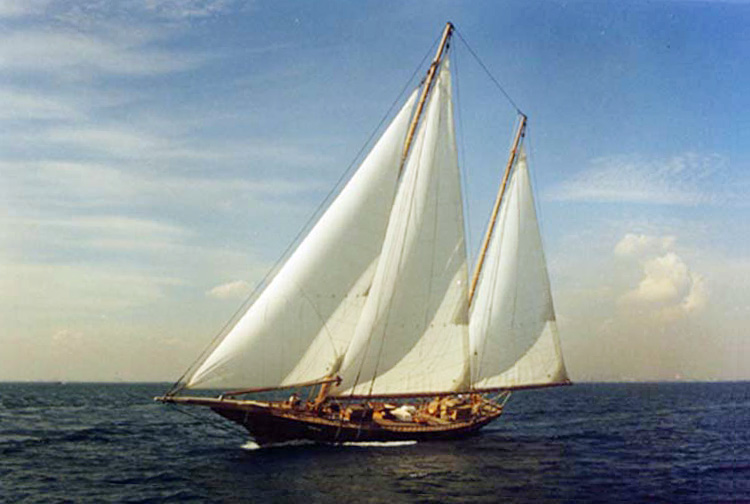 I’m frequently asked about building a wood boat in some third world country where exotic hardwoods are plentiful and cheap, skilled labor is cheaper, and “the living is easy”as it’s said. I always advice against it unless you first go and really get the lay of the land, speak some of the lingo, and meet or know somebody you can absolutely trust. Otherwise the experience can be a disaster.

But it can work. Reg Townsend went to Malaysia to build this 72 footer. She’s solid teak, even down to the trunnel fastenings. His experiences were many, but he did eventually get the ship out of there and back to the States where she is today.

My involvement was minor, actually. Reg had drawn the boat’s basic lines and gave them to me to redraw in CAD. I suggested the odd change or two but nothing major at all; it’s his design. I enlisted the help of Guy Scarpino, who used to own Wallace Marine in Thomaston, Maine (builder of the ill fated 1990s schooner who’s name I forget, was it LEVETT?, that was abandoned on its maiden trip) and who was a big help in speccing out some of the traditional practices used. For instance, I didn’t have a clue how to make and install a trunnel (literally “tree nail”) but Guy knew all about that.

Anyway, the ship worked out great. She does 11 knots in 25 knots wind. Reg sent me these photos over a year ago and I’ve been too lazy to post them until now. Aside from being a great documentation of the building of a traditional wooden ship, this shows you how we can work together if you have drawn out something you like. If I like it too, and these days I don’t even think about things I don’t like, I can work with you to create a building plan from your drawings. 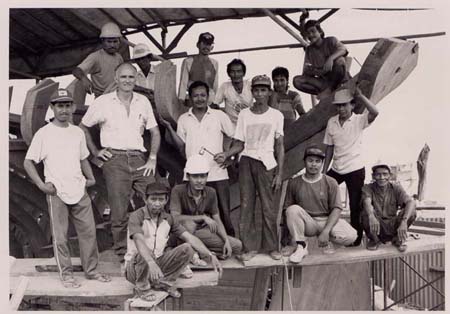 Here’s Reg Townsend and the building crew. The frame of “RAINBOW” is behind them 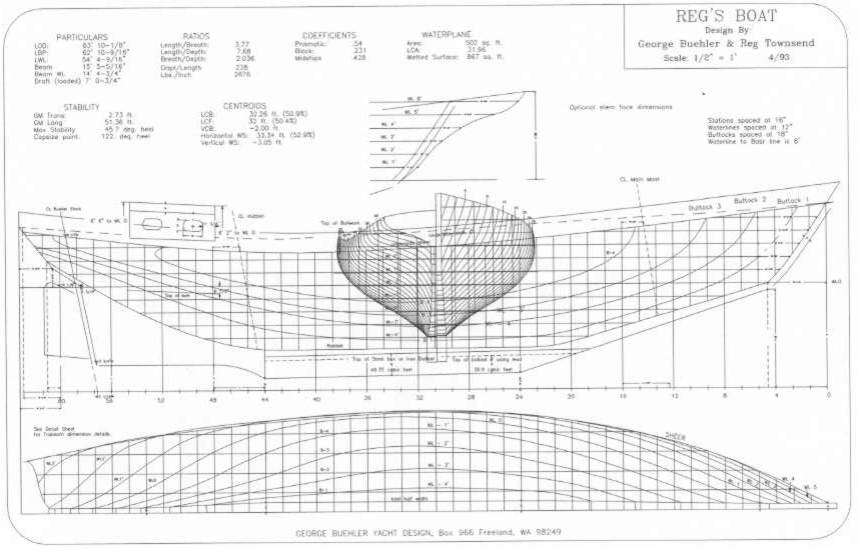 The hull lines are very traditional. The stern rabbet is a bit more curved than normally seen; typically the rabbet bout make a hard corner at the stern. But on a narrow and deep hull that makes a heck of a curve in the Garboard plus even narrower lower bilge area aft, so, we did the rabbet this way. The idea was it made her a bit simpler to plank as well as making inside bilge access better. 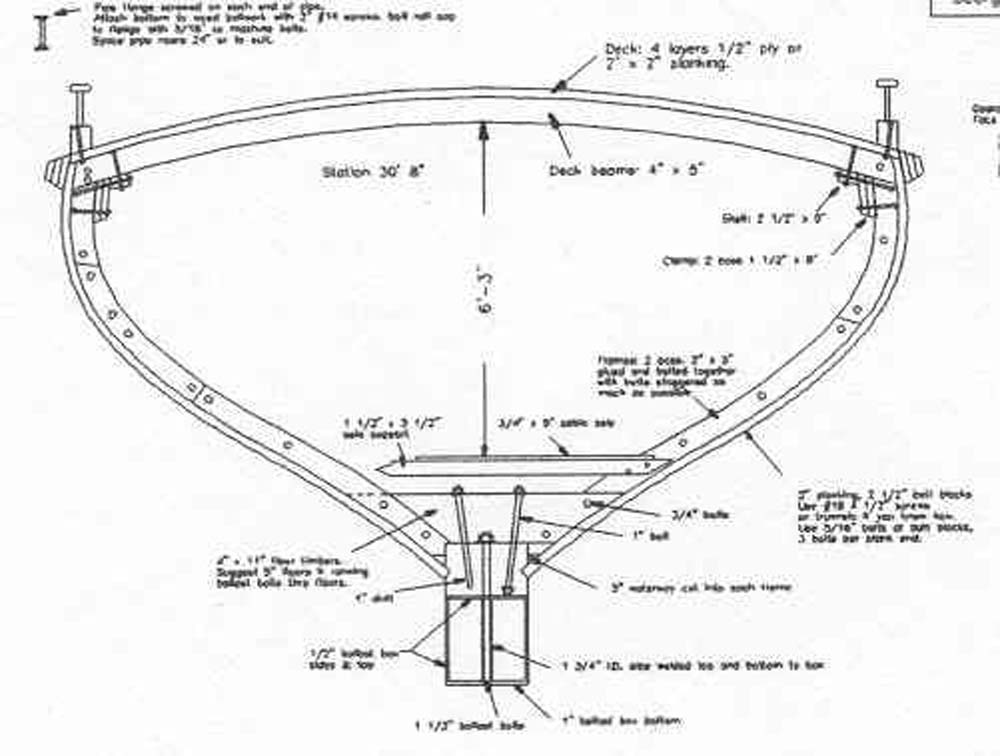 This is real “Old Time”wood ship construction. No pansy epoxy “cold molding”here although she does have a laminated keel. But that’s traditional too.